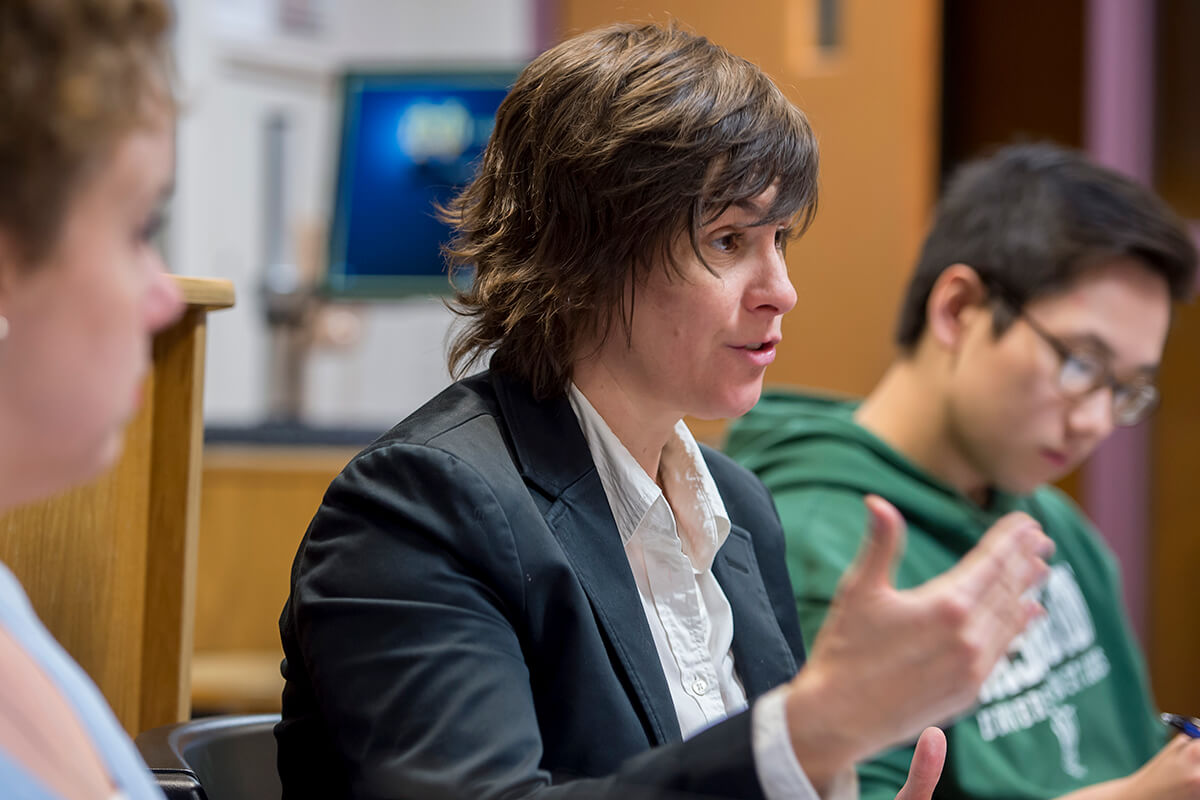 Jessica Payne is the first Arts and Letters faculty member to be named a Kavli fellow.

Jessica Payne, the Nancy O'Neill Collegiate Chair and Associate Professor of Psychology at Notre Dame, has been named a 2017 Kavli Frontiers of Science Fellow by the National Academy of Sciences. She was one of 12 scholars invited to present their research at the Kavli’s Japanese-American-German Symposium in Germany in September.

Nine Notre Dame faculty members have been named Kavli fellows since the program began in 1989, and Payne is the first from the College of Arts and Letters. Jessica Brown, an assistant professor in the Department of Chemistry and Biochemistry, was also named a 2017 fellow and invited to attend the symposium.

Kavli Fellows are chosen from among young scholars who have received prestigious national fellowships and awards and who have been identified as future leaders in science. More than 150 Kavli fellows have been elected into the National Academy of Sciences, and 12 have been awarded Nobel Prizes.

“It was such an honor to be asked to even attend, much less give a talk, at this event,” Payne said. “To be recognized by the National Academy of Sciences is obviously a very big deal for anyone, but it was especially nice to learn that I was the first ever Arts and Letters faculty member to become a fellow. This was by far the most important talk I’ve given to date.” 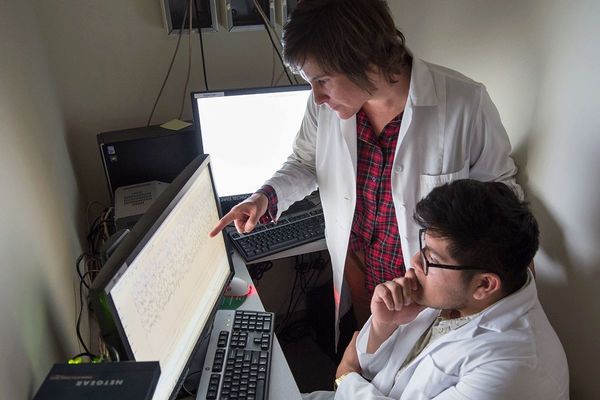 Payne examines data in her Sleep, Stress, and Memory Lab on campus.

Payne, who in 2015 won the Psychonomic Society’s Early Career Award, focuses her research on how sleep and stress influence human memory and psychological function. Her Kavli presentation explored why humans need sleep.

“Everyone sleeps, and humans spend one-third of their lives sleeping. That is a huge amount of our time, yet we don’t understand the function of sleep,” she said. “We know that sleep is critical for everything from memory consolidation to immune function, but that’s not the same as understanding why sleep evolved.”

Although sleep is essential for brain function, Payne said, many people willingly sacrifice it in order to get more done — even wearing their sleep deprivation like a badge of honor.

“It’s part of the ‘first one in, last one out’ mentality that burns people out and wreaks havoc on actualizing one’s intellectual potential — not to mention living a balanced life,” she said. “The fact that the National Academy of Sciences is paying attention to sleep neuroscience is fantastic, because sleep remains a scientific mystery. I’m thrilled to see it finally getting the attention it deserves.”

The symposium — which brings together scientists from around the world to discuss advances and opportunities in a broad range of disciplines — also featured sessions on climate change, machine learning and computational modeling, alternative energy sources, and the discovery of gravitational waves.

For Payne, it was a highlight of her career.

“It is unusual, to say the least, to attend an event where you can spend several days learning about and discussing so many diverse fields,” she said. “Yet, this cross-cutting scientific discussion is exactly what we need more of if we want to do science that is truly revolutionary. That’s what the Kavli events are all about.”

For an extended interview with Payne, listen to the With a Side of Knowledge podcast produced by the Office of the Provost.