The first pieces in the expansion of the Notre Dame International Security Center (NDISC) are in place, as the once-small program builds toward its long-term goal as a thought leader in American grand strategy.

Inspired by the inscription over an entrance to Notre Dame’s Basilica of the Sacred Heart—“God, Country, Notre Dame”—the center seeks to meaningfully engage with pressing international security issues facing the nation and world. It strives to play a catalytic role in matters of global policy through actionable research guided by the University’s Catholic character. 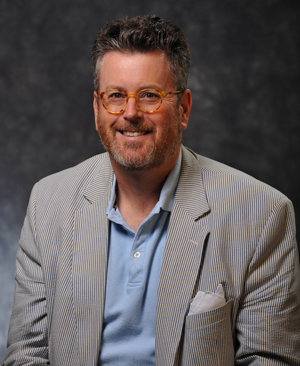 Led by Director Michael Desch, a professor in the Department of Political Science, NDISC recently hired three new faculty members and brought on board three postdoctoral fellows. Those new additions are thanks to a five-year, $3.5 million grant from the Charles Koch Foundation to further develop and expand the center’s role as a forum for broader scholarship on U.S. national security policy.

Since its founding in 2008, the center has received wide-ranging support—including two grants from the Carnegie Corporation of New York—that facilitated research projects, an endowed speaker series, an undergraduate fellows program, and a seminar series featuring scholars and experts on national security.

In 2016, NDISC received the gift of a major endowment from Brian Brady ’74 and his wife, Jeannelle Brady. Other founding benefactors include Jack Kelly ’74 and Gail Weiss; Sean M. ’90 and Susan Reilly; and Michael T. ’64 and Ann Long.

This outpouring of support has inaugurated a more expansive research agenda for NDISC, Desch said, accelerating its efforts to make the work of academics more useable, understandable, and actionable for national security policymakers.

NDISC’s new trio of postdoctoral fellows includes Seok Joon Kim, who earned his Ph.D. at George Washington University and is developing a series of papers on how states in the international system signal each other. Carrie Lee, who received a Ph.D. from Stanford University and is an adjunct political scientist for the RAND Corporation, is researching how election cycles alter the incentives of democratic leaders during conflict. Joseph Ford, who earned his Ph.D. from the University of Chicago, is writing a major review identifying the most promising issues and approaches for future U.S. grand strategy.

Looking ahead, NDISC plans to host a second Emerging Scholars Conference that will bring together new or soon-to-be Ph.D.s from top international security programs in the country to present their work and get feedback from senior scholars in the field.

“It’s a way of building an intellectual critical mass on these issues and to establish NDISC as one of the key places in the country where people working on such topics want to come to have their work read and critiqued,” Desch said.

A working paper series is also underway, with the center commissioning a paper from Joe Ford of the University of Chicago. The series will seek out scholars to share early drafts of their work on national security research to help draw attention to significant issues in the discipline.

“Our faculty and colleagues are in a position to encourage the field to look at issues near and dear to our own hearts,” Desch said. “It puts our imprint on important work that’s being done. The center can get a lot of attention in the discipline.”

By the fall, NDISC also plans to roll out an undergraduate certificate in international security in the Department of Political Science.

As a changing global landscape presents significant questions about the United States’ role on the world stage, Desch said, the expansion of NDISC is an opportunity to have a significant voice in the scholarship that may inform national security decisions in the years to come.

“We see ourselves as primed to be a shaper of that discussion,” he said, “particularly in the area of new approaches to American grand strategy.”

“Our faculty and colleagues are in a position to encourage the field to look at issues near and dear to our own hearts. It puts our imprint on important work that’s being done. The center can get a lot of attention in the discipline.”