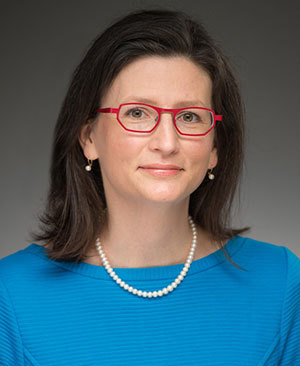 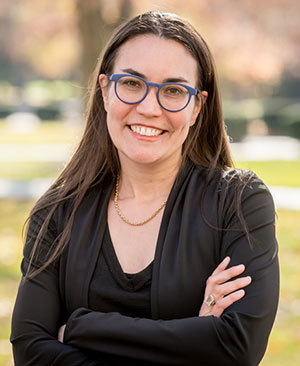 As students read news about China’s turbulent economy or about Russia flexing political muscle, two new professors in Notre Dame’s Department of Political Science can provide them with context about what’s happening.

Associate Professor Karrie Koesel and Assistant Professor Susanne Wengle have both lived in Russia and studied its culture and politics for years. Koesel has also worked and researched in China.

“Religion and markets, China and the Soviet Union—these are issues and places of obvious significance,” he said. “In addition, both professors are incredibly accessible. Our students will find them to be effective instructors and caring mentors, whether they are teaching an undergrad seminar or directing a Ph.D. thesis.”

The Church and the State

Koesel’s research and teaching is focused on cultural changes in Russia and China—specifically how the two nations deal with religious groups.

For generations, both countries tried to terminate religion, but now, multiple faiths—including Christianity, Buddhism, and Islam—are beginning to gain traction.

Her 2014 book, Religion and Authoritarianism: Cooperation, Conflict, and the Consequences (Cambridge University Press), examined the political consequences of such shifts and how religious communities navigate restrictive political environments.

“What explains this resurgence of religion, especially after you have governments that tried to eradicate religion?” she said.

Koesel, who has been traveling to Russia and China since the mid-1990s, continues to study those questions in courses she teaches, such as The Politics of China and Despots, Dictators, and Democrats.

With each country dominating news headlines, she also aims to show students how previous Chinese and Russian regimes—and their successes and failures—are impacting current events.

For example, while China’s government may not be popular in the U.S., the country has been able to steadily grow its economy over the last 60 years, lifting people out of poverty, Koesel said.

“It’s about appreciating the good with the bad,” she said. “Knowing more about Russia and China can only be beneficial to students at Notre Dame.”

Wengle, who came to Notre Dame from the University of Chicago, focuses her research on the politics of market regulations, namely how regulations are made possible by a political climate and how, in turn, that climate is changed by the regulations that are enacted.

Her 2015 book, Post-Soviet Power: State-led Development and Russia’s Marketization (Cambridge University Press), examined Russia’s newly created electricity markets and the politics of their transformation from a state-run ministry to a capitalistic market.

Now, she’s turned her research attention to Russia’s food and agriculture. Like the U.S., Russia has developed vast industrial and alternative food systems, and her latest work aims to examine how each country’s political policies have shaped such systems.

Understanding the differences between political and economic systems in the U.S. and Russia—including misperceptions the Western world had of the Soviets—has long been central to Wengle’s research.

Spending time in Russia on multiple occasions made her realize that the ways in which people in the United States were analyzing Russia weren’t always applicable, because the experiences and backgrounds of the countries and its citizens are so different.

“It got me thinking theoretically about how we can study post-economic transformations in new and interesting ways,” she said.

Thus, much of Wengle’s work with her students—in courses such as Comparative and International Political Economy or Political Economy of Food and Agriculture—will involve getting them to think about how they view Russia and to have a more open mind about politics and economic development. That, she said, will help them better understand how the country is changing.

“It isn’t very common to compare a liberal, advanced democracy like the U.S. with a post-socialist, struggling economy like Russia,” she said.

Notre Dame is the perfect place to continue her research into Russia’s culture and economy, she said, because the faculty here understand the intricacies involved in trying to understand a complex country and culture.

“I’m hoping it’ll be a good place to pursue this unconventional comparison,” she said.