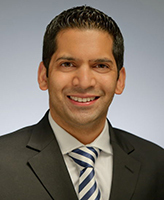 Christopher Chowrimootoo, an assistant professor in Notre Dame’s Program of Liberal Studies, has been awarded the 2013 Kurt Weill Prize for outstanding article for his “Bourgeois Opera: Death in Venice and the Aesthetics of Sublimation.”

The prize, which recognizes distinguished scholarship in music theatre, is awarded biennially by the Kurt Weill Foundation for Music. Nominations are reviewed by a panel of music and theatre experts.

“As a young scholar starting out on an academic career, it was a great honor to receive this award,” Chowrimootoo says. “The prize is open to scholarship from many disciplines related to performing arts, so it shows an appreciation of my work outside the field of musicology.”

In the essay, Chowrimootoo uses Benjamin Britten’s Death in Venice (1973) as a case study for the ways in which 20th-century composers, critics, and audiences “negotiated opera’s precarious position in the aesthetic no-man’s land between the high and the low,” he says.

“Ultimately I argued that works such as this allowed audiences the chance to have their modernist cake and eat it—that is, to revel in the ‘cheap’ and immediate pleasures of operatic spectacle even while enjoying the prestige that comes from rejecting them. In bringing out these tensions and paradoxes, I wanted to offer a model for recovering shades of grey in the often black-and-white histories of twentieth-century music.”

The prize panel commended Chowrimootoo for taking on “a work, a composer, a defined period in the history of a genre, and a larger critical approach and attitude toward musical style and meaning that potentially touches all scholars of 20th-century music.”

“This article opens up questions of interest to scholars beyond musical theatre topics, suggesting that musical theatre scholarship is essential for all scholars,” said one judge on the panel.

The article, which was published in the Cambridge Opera Journal in 2011, also won the 2012 Jerome Roche Prize, awarded by the Royal Music Association, for a “distinguished article by a scholar in the early stages of his or her career.”

Chowrimootoo joined the College of Arts and Letters faculty this fall. His research focuses on opera, modernism, middlebrow culture, and the historiography and aesthetics of 20th-century music.

“I was attracted to Notre Dame by its commitment to promoting and supporting research at the highest level,” he says. “As someone whose research seeks to situate music in a variety of broader intellectual, literary, and cultural contexts, I couldn’t imagine a better home for myself than in the Program of Liberal Studies.”