Notre Dame students in the College of Arts and Letters’ newest major see neuroscience and behavior as great preparation for any number of exciting careers.

“It really allows you to explore your options, and you certainly have a lot of them,” said junior Maureen Tracey. “I love being in a field that is focused on helping people and facilitating research in areas that haven’t been examined before.”

The neuroscience major, a collaboration between Arts and Letters and the College of Science, takes an interdisciplinary approach to studying the nature of mind, brain, and behavior.

“Understanding the role of the brain and nervous system in human behavior is a fundamental intellectual problem of the 21st century,” said Daniel Lapsley, professor and chair of the Department of Psychology. “And, preparation in neuroscience and behavior will set up students for graduate and professional studies in a wide range of interdisciplinary fields. In fact, neuroscience will penetrate any discipline where understanding human behavior is a priority, and that’s just about all of them.”

Whether they plan to pursue medical school or graduate school, clinical research or lab work, neuroscience majors can customize the curriculum to fit their needs. Students are also able to integrate research opportunities based on their individual interests.

‘So Many Things to Learn’ 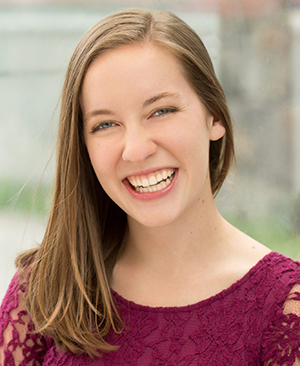 For sophomore Mairead Willis, neuroscience was an appealing course of study because it’s a relatively young field where new breakthroughs are happening every day.

“It is an amazing opportunity to be learning about something when people are making huge discoveries now,” she said. “There are so many things to learn and so many ways we can help people that we don’t know about yet.”

Willis, who wants to pursue a career in psychiatry or cognitive therapy, is a neuroscience major with a pre-med concentration.

This semester, she is working in the Cognition, Emotion & Emotional Disorders Lab with Associate Professor K. Lira Yoon.

The lab focuses on the interactions between cognition and emotion in psychopathology and examines the link between emotional disorders and psychophysiological measures like hormone levels.

“If we can better understand that link, then maybe we can help people in a more concrete way,” Willis said.

‘I Think That is Fascinating’ 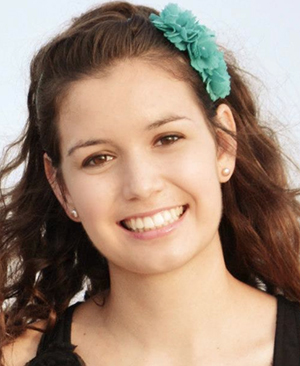 Sophomore Emily Silver, whose dream job is in the FBI’s Behavioral Analysis Unit, chose the major because she loves learning the science behind the ways humans think and behave.

“In my cognitive neuroscience class, we are looking at fMRI and PET scans of the brain—the real evidence of the physiological ways your brain and body work together, and I think that is fascinating,” she said.

Silver is a research assistant for Professor Darcia Narvaez in her Moral Psychology Lab, where she is working with a graduate student on creating an implicit association test to measure thoughts and feelings.

“We’re creating a type of electronic survey where participants press buttons and, based on their reaction times, you can measure their moral tendencies without explicitly asking whether they feel they’re moral,” she said.

“Eventually, I hope to link that with a biological measure, such as blood pressure, to incorporate more of a neuroscience component in the research.”

‘The Opportunity to Think for Themselves’ 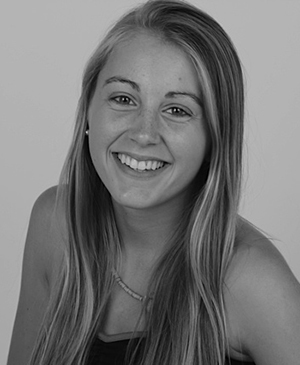 Tracey, who is interested in improving the lives of older adults, has pursued many research opportunities to enhance her neuroscience major, including working on campus with Professor Cindy Bergeman at the Adult Development & Aging Lab.

She has also spent three summers interning at the Feinstein Institute for Medical Research in New York, where she studied the effectiveness of robotic therapy for patients with weakness or paralysis after a stroke.

“It’s so important for undergraduates to do research,” she said. “It gives students the opportunity to think for themselves and start to work on solving problems no one knows the answers to yet.

“Research also exposes students to the real world—how doctor-patient interactions occur and what problems need to be focused on. It complements what we’re learning in the classroom and shows us how it actually plays out in real life.”