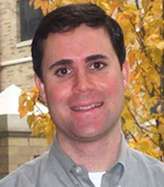 The official poverty report the U.S. Census Bureau releases on September 16 is expected to show that the number of Americans defined as poor in 2009 increased by 2 to 3 percentage points—the largest year-to-year increase of the past 50 years.

Though the statistics are grim—potentially indicating that one in seven people were poor in 2009—they fail to reflect the significant gains in well-being over a longer period, according to Sullivan, who researches the consumption, saving and borrowing behavior of poor households and how welfare and tax policies impact the poor.

“These numbers tell us that this severe recession is taking a particularly hard toll on those on the bottom rung of the income ladder, and that we’ve had little success in jump starting the economy, but there is considerable evidence that most demographic groups are better off today than they were 20 years ago,” says Sullivan.

A different measure of poverty that’s based on consumption, rather than income, would not only measure poverty more accurately, but would lead to a better understanding of the effects of policy and would help lawmakers craft policies to better serve the nation’s poorest, according to Sullivan.

“Over the past four decades, there has been real progress in the war on poverty that the official measure misses: first, the Census doesn’t count the benefits of anti-poverty programs, such as the earned income tax credit (EITC), Medicaid, food stamps, and housing subsidies, which have expanded over the past 40 years. The EITC alone provided more than $40 billion annually to the working poor,” Sullivan says.

“Also, the Census Bureau uses the Consumer Price Index, a benchmark that doesn’t accurately reflect the influence of new consumer products, changes in the quality of goods, or the shift to low-cost stores. A more accurate measure to determine who is suffering from the current recession is to look at what people consume – the housing, food, and other goods they are able to enjoy.

“Consumption-based poverty numbers tell a different story about who is suffering most from the recession,” according to Sullivan.

“For example, consumption-based poverty for the elderly rose sharply in 2008, while official numbers did not change for this group. The income numbers fail to capture the strain that many elderly face as their retirement savings disappear or the value of their homes falls.”

Consumption-based poverty fell by more than four percentage points over the last two and a half decades, which translates to more than 12 million people moving out of poverty.

Sullivan and co-author Bruce Meyer of the University of Chicago published a paper in the December 2008 American Economic Review on the consumption, income and well-being of families headed by single mothers that has been cited in congressional testimony on how to improve poverty measurement in the U.S.