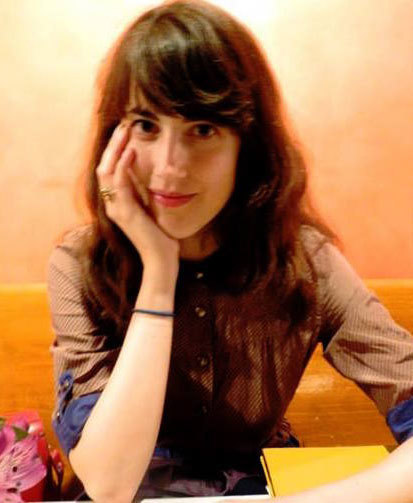 Inspired by her extensive research on a 10th-century German empress, Ph.D. candidate Megan Welton set her sights early on a scholarship from the German Academic Exchange Service (DAAD), which provides funding for American students to study in Germany.

Her patience and planning paid off recently, when she was awarded the scholarship to study for a year in Essen.

“My success in winning a DAAD fellowship is directly linked with the immense support that I have received as a part of the Medieval Institute and as part of the wider Notre Dame community,” she said.

In her first year in Notre Dame’s graduate program in medieval studies, her adviser—Thomas F. X. Noble, Andrew V. Tackes Professor of History Emeritus—encouraged her to begin preparing to apply for the fellowship.

Welton worked to improve her German language skills by auditing German courses and spending summer 2014 at the Goethe Institute in Göttingen, Germany, with a Summer Language Abroad grant from Notre Dame’s Center for the Study of Languages and Cultures.

Welton, a native of Newmarket, England, began studying the 10th-century German Empress Adelheid of the Ottonian Reich as she pursued her master’s degree at the University of Cambridge. She finds many connections between medieval studies and German studies overall.

“Medieval history as a whole, and the field of early medieval history in particular, has a long tradition of German scholarship dating back to the early 19th century,” she said. “While the language of my primary sources is almost entirely in Latin, much of the most innovative work today is conducted by German historians.”

With the DAAD fellowship, Welton will have the opportunity to interact with German scholars—many of whom have already influenced her dissertation on the political impact of 10th-century European queens and empresses.

“This scholarship will not only allow me to learn the most up-to-date research from scholars in Essen and throughout Germany,” she said, “but will also allow me to visit German archives to see original documents issued by the Ottonian court, and even Adelheid herself.”

Two students in Notre Dame’s undergraduate Class of 2015—Joseph Stratmann and Eric Donahue—were also awarded DAAD fellowships, though each decided to pursue other options. Stratmann ultimately enrolled in a Ph.D. program at the University of California, San Diego, and Donahue accepted a Fulbright U.S. Student Program grant to study at Leibniz Institute on Aging — Fritz Lipmann Institute in Germany.