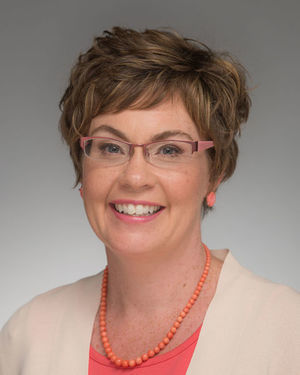 Pope Francis has ignited an increased public interest in the future of the Catholic Church, and Kathleen Sprows Cummings hopes she can use that to remind people of the Church’s past.

Cummings, an associate professor of American studies and history and the William W. and Anna Jean Cushwa director of the Cushwa Center for the Study of American Catholicism at Notre Dame, begins her term this month as vice president/president-elect of the American Catholic Historical Association.

She will be the seventh Notre Dame historian to lead the national organization, which is devoted to promoting “a deeper and more widespread knowledge of the history of the Catholic Church broadly considered … and the advancement of historical scholarship in all fields among its members.” Past presidents from Notre Dame include Thomas F.X. Noble in 2012 and Jay P. Dolan in 1995.

During Cummings’ presidential year in 2017, she hopes to encourage historians to use the attention being given the Catholic faith as a chance to underscore the deep and rich history of the Church in America.

That includes reminding people that the religious prejudice that affected U.S. Catholics is strikingly similar to the anti-Muslim sentiment and rhetoric in the United States and around the world today.

“For most of this nation’s history, many Americans believed that Catholics’ religious faith prevented them from being good citizens,” Cummings said. “That’s important for Catholics to know, especially given the increase in anti-Muslim sentiment.

Cummings has emerged as a public expert on matters related to the Catholic Church. She has appeared dozens of times in major national media outlets, including The New York Times, the Washington Post and MSNBC. She was part of NBC’s live coverage during the papal conclave in 2013, the canonization of Pope John Paul II and Pope John XXII in 2014, and Pope Francis’ U.S. visit in September.

“I think this is a special moment,” she said. “There’s no question Pope Francis has been good for business. He has made Catholic history more popular than ever.”

Cummings hopes that the attention the Church is getting can educate the broader public about Catholicism, which she said has often been misunderstood.

“There are a lot of misconceptions about the Church. People are willing to believe anything they hear about it. It’s getting better, though,” Cummings said. “We’re seeing Pope Francis take this to a whole new level. People are interested in him as never before. Even people who have had a negative view of the Catholic Church have taken an interest in Pope Francis.”

That interest, however, has been fueled by the idea that Pope Francis is poised to make changes to the Church that will bring it more in line with the modern American perspective. But cultural developments often happen faster than religious ones.

“Pope Francis’ innovations, coming so closely on the heels of an almost-unprecedented papal resignation, seemed to convey that bigger changes were on the way,” Cummings said. “But while U.S. Catholics live in a culture that embraces rapid change, any kind of change in church practice requires study and serious theological reflection. In the Catholic Church, change is often measured in centuries.”

Cummings’ own research has focused on the role of American women in the Church, an area she found wasn’t getting much attention when she was a student.

“Catholic women have been leaders in the Church for a long time. Women formed and ran schools, hospitals, orphanages,” Cummings said. “They were functioning like what we would know as CEOs in the 19th century, when women couldn’t hold those positions or even vote.

Her second book, Holy Heroes, Nation Saints: Catholics and Canonization in the United States, supported by a National Endowment for the Humanities fellowship, examines causes for canonization sent from the United States between the late 19th century and the present. The book considers both successful and unsuccessful causes (to date, only 12 people from the U.S. or territory that later became a part of it have become canonized saints) as well as the people who have promoted them. It’s set to be published in 2017.