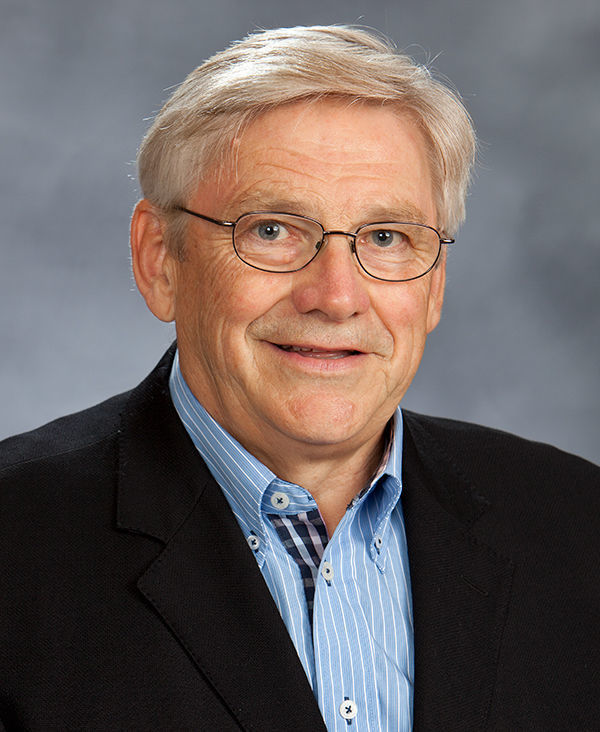 A member of Notre Dame’s Department of History since 1977, Van Engen received the association’s Robert L. Kindrick-CARA Award for Outstanding Service to Medieval Studies, which recognizes leaders who develop and promote medieval studies. The award honored Van Engen’s efforts as director of Notre Dame’s Medieval Institute from 1985-1998 and 2014-2016 and the ripple effect his work had on the profession.

Van Engen was also elected president of the Fellows of the Medieval Academy of America, a group formed more than 90 years ago to promote the study of the Middle Ages and recognize scholars around the world who make important contributions to the field.

“I always considered serving the Medieval Institute to be one of the great privileges of my life,” Van Engen said. “It is now very satisfying to think that our efforts to grow it have received this kind of public recognition.”

During his time as director of the Medieval Institute, Van Engen brought an interdisciplinary vision, engaging faculty across campus and enrolling talented Ph.D. students from all fields while also growing the medieval studies undergraduate major. He credited longtime supporter Robert M. Conway with making it possible to host conferences and lectures and produce publications that help made the institute become the largest contingent of medievalists at any North American university.

"As director in the 1980s and ’90s, John Van Engen transformed the Medieval Institute into one of leading centers for research and graduate education on the Middle Ages in the whole world,” said Thomas E. Burman, the Robert M. Conway Director of the Medieval Institute. “No one is more responsible for the high esteem in which it is held."

“The challenge for me over my three-year term as president,” Van Engen said, “is to work with the other fellows toward new ways to foster learning and scholarship and appreciation for that pivotal thousand-year period in the formation of European society and culture at a time when the humanities are often on the defensive, and the orientation of so many is to the present."

“I always considered serving the Medieval Institute to be one of the great privileges of my life. It is now very satisfying to think that our efforts to grow it have received this kind of public recognition.”

Van Engen’s research has focused on the late medieval religious movement known as the Modern Devotion, cultural and intellectual renewal during the 12th century, and notions of Christianization in medieval European history.

His 2008 book, Sisters and Brothers of the Common Life: The Devotio Moderna and the World of the Later Middle Ages, won the MAA’s Haskins Medal, the Otto Gründler Book Prize, the John Gilmary Shea Prize, and the Philip Schaff Prize.

Van Engen has been a visiting professor at Harvard University and held research fellowships at Princeton University and the Institute for Advanced Study in Princeton, New Jersey. In 2016, he was elected a member of the Maatschappij der Nederlandse Letterkunde (the “Society of Dutch Literature,” founded in 1766) in recognition of his research and writing on the history and literature of the medieval Low Countries.

He won the MAA’s John Nicholas Brown Prize for best first book in 1986, beginning a long tradition of Notre Dame scholars receiving the award. Subsequently, it was won by Kerby-Fulton (1994), Fassler (1997), and the late Olivia Remie Constable (1998).

This year, one of the two Brown Prizes handed out went to Jonathan Lyon, a 2005 Notre Dame Ph.D. and former student of Van Engen’s who is now an associate professor of medieval history at the University of Chicago.

Van Engen is currently finishing the reconstruction and a translation of the writings of 15th religious author Alijt Bake of Utrecht and Ghent, a woman who was until recently unknown and whose multiple works have been inaccessible except to a few specialists.

He then plans to pursue a more general work — a history that will attempt to rethink in part the narrative of the 12th and 13th centuries, a pivotal moment in the making of medieval Europe's culture, church, and society.