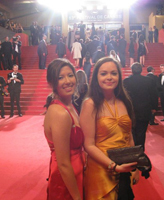 These are just some of the places where students in the Department of Film, Television, and Theatre (FTT) intern as undergraduates, developing industry experience, making invaluable contacts, and getting exposure to a wide variety of career opportunities.

Marie Wicht ’11, for one, says her internships for VH-1, the American Pavilion at the Cannes Film Festival, the television distribution company Global Telemedia, and the New York Mets’ video production division were “the perfect complement” to her FTT coursework.

“They filled in parts of my education that I could not learn without hands-on experience,” she says, “while my in-class instruction taught me production skills necessary to be a valuable member of my internship teams.”

Building up to a Dream Job 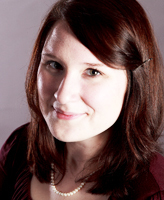 Brenna Williams, a senior FTT major with a television concentration, worked on the opposite ends of the broadcast spectrum through her internships at Home Shopping Network and C-SPAN.

She got to meet celebrities and learn about branding strategies, witness “history in the making” at the White House and on Capitol Hill, and learn new technical skills. Perhaps most importantly, she found a mentor in C-SPAN founder Brian Lamb and was inspired to pursue a career in the nonprofit and political sector of the television industry.

“C-SPAN helped me figure out what I want to do with my life and taught me things that I use and will continue to use every day,” Williams says.

Her internship experiences also helped her land a “dream” position in summer 2011 as a paid story research assistant at ABC’s Nightline.

“It’s definitely not what I expected but in the best possible way,” Williams says. “I am getting to do a lot more than I thought I would be allowed to do as an intern for a major network and show. I’ve gotten to produce and edit a piece for the website and helped produce a segment on my own, which were both fantastic opportunities.

“I’ve been able to use things I’ve learned for my senior thesis on media and religion a surprising amount too, so I felt like I actually had something to bring to the table in those cases and that my ND education has been an asset.”

Making Contacts That Pay Off 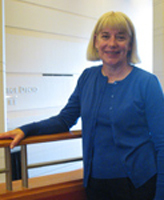 Heisler says internships are particularly valuable for students pursuing careers in the film, television, and theatre, where most hiring decisions are based on relationships.

“Contacts and networking are extremely important, and internships provide an avenue for students to get at least one foot in these industries’ doors and make an impression on someone who can either eventually hire them or recommend them,” she says.

What’s more, Heisler adds, there are few, if any, on-the-job training programs in these fields. “Employers expect you to be able to do the job yesterday, not six months after they hire you,” she says. “So gaining experience in whatever you want to do is essential before you graduate.”

To begin this process, many students are best served by doing their first internships at smaller, local companies because they often provide a more hands-on experience, Heisler says, noting that this can make students more attractive candidates for future opportunities at companies whose names are household words.

“A few years ago, one of our students interned at The Late Show with David Letterman in New York,” she says. “Her bosses told her that she was hired because she had done a previous internship in the production department at WSBT-TV, the local CBS affiliate. They felt confident that because of that internship she knew the ins and outs of a television studio and how a program came together.” 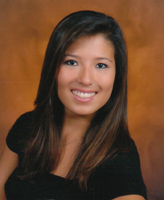 Williams and Wicht both say participating in a wide range of internships helped them discover which industry careers were best suited to their particular talents and interests.

“I had a chance to experience everything from the networking required to get a film financed to putting the final touches on a television spot to affiliated aspects of the industry such as marketing, accounting, and booking venues for filming,” Wicht says. “I learned an incredible amount about how things actually happen, the many working parts of the film and television industry, and what I’m good at within that world.”

Just as important, internships can help students learn what they don’t want to do after graduation, Heisler says.

“Sometimes, the job they aspire to is not what they expect,” she says, “and it’s important to discover that before they accept a position in that field. Plus, being on site opens up a student’s eyes to other jobs they don’t know about or had failed to consider.”

For undergraduates who want to work in the entertainment industry, Heisler has one last piece of advice: Don’t overlook what’s happening at Notre Dame.

“Students interested in these fields also should be active in campus organizations that offer similar experiences, including The Observer, NDtv, WVFI, Scholastic, and theatre productions.” she says.

“There is no reason for a student interested in a career in film, television, and theatre to graduate from Notre Dame without a plethora of experiences on his or her resume.”