The Department of Political Science at Notre Dame welcomes four prominent scholars to its faculty this year, including professors Gary Goertz and Patrick Regan, both specialists in international relations, and associate professors Patrick Deneen in constitutional studies and Guillermo Trejo in comparative politics.

“It is wonderful to have these very accomplished scholars bring their experience from other institutions to refresh and renew the department,” says Associate Professor Ruth Abbey, interim chair of the Department of Political Science.

“New blood and experience is a fabulous combination.” 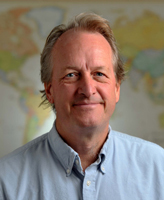 He comes to Notre Dame from the University of Arizona, where he was a professor in the School of Government and Public Policy. “Notre Dame is an obvious choice for me given my interest in peace and conflict management,” he says, “because the Kroc Institute is one of the top places in the country for this type of research.”

Goertz is currently working with longtime collaborator Paul Diehl (University of Illinois) on the Causes of Peace project, which builds on recent studies about the decline of violence in the international system and seeks to explore the reasons behind it.

“Peace is not just the absence of violence, peace is kind of a positive relationship,” Goertz explains. “We’ve actually got a data set on the levels of peace between countries, as opposed to how many people have been killed through wars and militarized conflicts.”

Goertz is also writing a book on the evolution of economic institutions such as the European Union, the Economic Community of West African States, and Mercosur (Common Market of the South), and their involvement in conflict management.

“This project is a comparative study of these regional organizations as a new kind of international governance,” he says. “We have the U.N. way at the top, and you’ve got the states, but now there’s this new, middle-range species of international institution.”

His methodological works include Social Science Concepts: A User’s Guide; Politics, Gender, and Concepts: Theory and Methodology; and A Tale of Two Cultures: Qualitative and Quantitative Research in the Social Sciences, published in 2012 by Princeton University Press.

This fall, Goertz taught the graduate course Research Design and Qualitative Methods. In the spring, he will teach a graduate course titled Causes of Interstate Peace and an undergraduate course called Conflict Management, Resolution, and Peace. 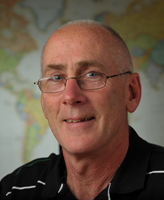 Regan joins the department as a professor in January 2013 and, like Goertz, will also be on the faculty of the Kroc Institute. He comes to Notre Dame from Binghamton University (SUNY) in New York, where he was a professor of political science and director of the Center on Democratic Performance.

“I do research into the causes of armed conflicts and possible ways to resolve or prevent them,” he says. “Much of my work involves looking for patterns in data that might betray behaviors or strategies that work—or don’t work—to ameliorate the consequences or frequency of armed conflict.

“From my perspective, I watch the horrors of war on the nightly news and think about how I would react if my children were compelled to participate or if my family or yours were caught up in the struggles of an internal rebellion,” Regan says. “It all seems so unnecessary, and if we could only find the peaceful pathways out of the types of situations that lead people to take up arms, I wouldn’t have to worry about my children or yours.”

Regan’s work involves evaluating how interventions shape conflict, paying particular attention to the interaction between military interventions and diplomatic mediation in civil wars. He also is interested in the conditions under which opposition protest movements have the potential to escalate to civil war and how external actors can influence that process.

His books include Civil Wars and Foreign Powers, Organizing Societies for War, and most recently, Sixteen Million One: Understanding Civil War, which was a finalist in the Grawemeyer Competition for Ideas that Improve World Order. He is currently working on a book-length manuscript that explores the political roots of our collective response to climate change. 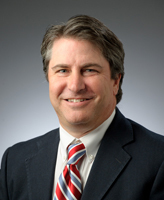 Patrick Deneen, the new David A. Potenziani Memorial Associate Professor of Constitutional Studies, comes to Notre Dame from Georgetown University, where he was associate professor and Tsakopoulos-Kounalakis Chair of Hellenic Studies.

Before that, he was an assistant professor of government at Princeton University and worked as a speechwriter and special advisor to the director of the United States Information Agency.

Deneen’s research and teaching encompass the history of political philosophy (with special interests in ancient Greek and American political thought), democratic theory, religion and politics, and literature in politics.

This spring, Deneen will teach an introductory course on political theory and a class called Constitutionalism, Law, and Politics—the gateway course for the new Constitutional studies minor.

“In nearly all my courses, I try to show my students that political philosophy, which can sometimes seem a little abstract and distant, has shaped and transformed the world in which we live,” he says.

Deneen is the author of The Odyssey of Political Theory and Democratic Faith, and editor of Democracy’s Literature, The Democratic Soul, and Redeeming Democracy in America.

“Over the years, I have had many occasions to visit the University of Notre Dame and always came away deeply impressed by its spirit and sense of community.” 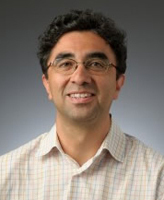 Associate Professor Guillermo Trejo joined Notre Dame’s Department of Political Science and Kellogg Institute for International Studies this fall. He was previously an assistant professor at Duke University and, before that, a research professor at Centro de Investigación y Docencia Económicas in his native Mexico.

“Notre Dame has a rich and dynamic community of scholars and students doing fascinating work on democracy, social justice, and human rights,” Trejo says of his new academic home. “It is a community that deeply cares about social scientific progress and about making a difference in the world.”

A specialist in comparative politics and Latin America, Trejo studies social movements and armed insurgencies in autocracies and organized crime in new democracies. He won the 2011 Jack Walker Outstanding Article Award from the American Political Science Association’s Political Organizations and Parties Section for his research on religious competition and ethnic mobilization in Latin America.

In 2012, Cambridge University Press published Trejo’s book Popular Movements in Autocracies: Religion, Repression, and Indigenous Collective Action in Mexico, which analyzes the rise, development, and demise of a powerful cycle of indigenous protest, its transformation into armed rebellion, and the impact of protest and rebellion on Mexico’s democratization.

He is also working on a new book project, Votes, Drugs, and Violence: Democratization and Organized Crime in Latin America, which seeks to explain why democratization leads to the rise of organized crime in some locations but to peace and security in others.

“I am perplexed by the unprecedented levels of criminal violence that some of Latin America’s new democracies have experienced in the past decade—violence more lethal and barbaric than we typically see in civil wars,” Trejo says.