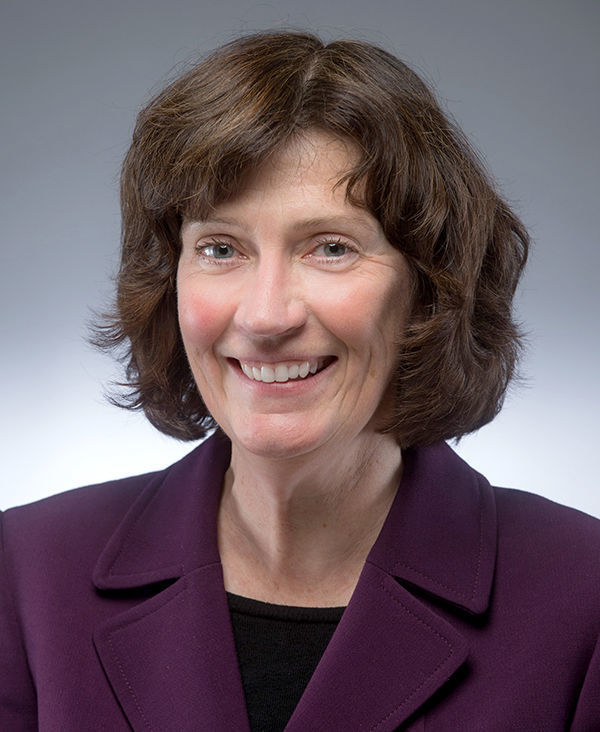 Laura Knoppers, a professor in Notre Dame’s Department of English, has been named the Honored Scholar of the Year for 2016 by the Milton Society of America.

Recognizing lifetime achievement in the field of Milton studies, the award places Knoppers among an elite group of the world’s top Miltonists.

“It’s very gratifying and quite an honor to receive this award, especially as it recognizes not just a single book or group of essays but an overall contribution to shaping the field,” Knoppers said.

She is the second faculty member in Notre Dame’s College of Arts and Letters to receive the award. Stephen Fallon, a professor in the Program of Liberal Studies and the Department of English, was named an Honored Scholar in 2010.

Knoppers’ outstanding contributions to the field of Milton studies began with her first book, Historicizing Milton: Spectacle, Power, and Poetry in Restoration England, published in 1994.

Up to that point, scholars had long regarded Milton as belonging philosophically to the earlier 17th century, a relic in the Restoration who turned away from politics to focus on a paradise within.

Historicizing Milton changed that—showing how Milton’s major poems respond specifically and powerfully to royalist spectacles at the beginning of the Restoration Era. Knoppers showed new links between Milton’s political prose and his poetry, demonstrating how literature can be actively shaped by, and in turn shape, current history.

Knoppers’ historicizing work on Milton, the English Revolution, Oliver Cromwell, and Charles I and Henrietta Maria has contributed to exchanges among scholars in adjacent fields, including history and art history, where studies of Milton or some aspect of Milton’s writing might not have appeared otherwise.

“It’s not typical for literary scholars to work on manuscripts and archives of visual materials, but I’m often looking at parliamentary records, accounts by ambassadors, diaries, newsbooks, letters, engravings, and portraits,” she said. “I’m not the only one, but work on Milton appearing in other disciplines has been one impact of my research.”

"I want to underscore the freshness of Milton and the different kinds of things one can do as a scholar of his work. The award helps me feel like the different parts of what I’ve done are being valued. I feel energized going forward."

Her love of teaching and mentoring has been effective in bringing Milton scholarship to a younger generation.

“I get a great deal of satisfaction from teaching Milton, almost equally with undergraduates as with grad students,” she said. “The students get interested in the characters—in Satan, in why he comes first in Paradise Lost and why he seems so charismatic and heroic, in why Milton makes God a real character and why he sounds so bossy.”

Because she looks beyond authorial intention to Milton’s historical context, Knoppers argues that Milton is one of the first writers to talk productively about women’s rights.

“The doctrine in the poem Paradise Lost, the language of inequality, is in tension with what actually happens,” she said. “Almost everything Adam and Eve do, they do together. They don’t divide up gardening; they do it together. So there’s a productive tension between the shared labor and daily practices of Eden and the rules they’ve been told. This tension plays into Milton’s representation of how the fall comes about.

“Students are typically much more concerned with Milton’s gender hierarchy than with his heterodoxies. The subordination of the female in Milton just doesn’t sit well with students, so I’m hoping that I’ve also had a role in shaping the conversation about Milton and gender.”

As editor of the major annual for Milton scholarship, Milton Studies, Knoppers is also shaping those who follow in her footsteps.

“I work extensively with younger people who are submitting to the journal, and we give detailed feedback on every essay we receive,” she said. “I hear that that’s one of the reasons we get as many submissions as we do. When they revise along the lines suggested, resubmit, and get published, it’s very encouraging.”

Knoppers is currently working on a book about visual culture, art, and the use of luxury as a mode of power in the court of Charles II that includes a chapter on Milton’s late tragedy, Samson Agonistes, as well as chapters on other contemporary writers and portrait painters.

“Ultimately, I want to underscore the freshness of Milton and the different kinds of things one can do as a scholar of his work,” she said. “The award helps me feel like the different parts of what I’ve done are being valued. I feel energized going forward.”