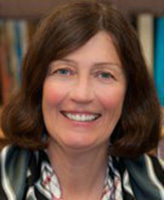 Notre Dame’s Department of English has solidified its reputation as a top graduate program in the Medieval and Early Modern periods with the appointment of Laura Knoppers, an esteemed Miltonist who arrives in fall 2014.

In addition to Milton, Knoppers’ expertise in Cromwell and women writers of the Renaissance “beautifully complements our current strengths,” says Professor Valerie Sayers, chair of the Department of English. “We’re also delighted that her commitment to training graduate students in archival and editorial work extends our capabilities to prepare our students for the scholarly future.”

This year, the department has also strengthened its focus on transnationalism, ethnicity, gender, and race studies with the appointments of three emerging young scholars: Nan Z. Da, Jesús Costantino, and Z’étoile Imma.

Costantino and Imma had previously been working in the Department of English as fellows in Notre Dame’s Moreau Academic Diversity Postdoctoral Program. “We are convinced that the Moreau program strongly enhanced our ability to attract top young scholars early in their careers,” Sayers says. “They became a crucial part of our scholarly community even before they were appointed as assistant professors, and we could not be more pleased to welcome them in their new roles.”

Knoppers avoided Milton as an undergraduate; now she says she sometimes feels like she is married to him. “My first Milton class, taken with the great intellectual historian Herschel Baker while I was a graduate student at Harvard, was exhilarating: I loved the way that studying Milton combined literary history, politics, religion, and philosophy. His work is intellectually challenging as well as ambitious and powerful in form, narrative, and language.”

A past president of the Milton Society of America, Knoppers has served as editor of Milton Studies since 2010.

“The general reader should know that Milton—now often viewed as an archetypal patriarchal writer—was a revolutionary in his own time,” Knoppers says. “He wanted to reform, even overthrow, custom and traditional authority in church and state. He is also probably the most brilliant writer in English literature.”

Knoppers’ first book was a political reading of Milton as a major literary figure deeply engaged with Restoration politics and culture. Her second focused on visual, printed, literary, and ceremonial representations of Oliver Cromwell, and argued for “the development of a distinctive Commonwealth aesthetic that did not simply ape monarchy.” Her most recent monograph moved to the politics of domesticity—a kind of early modern “family values” propaganda, she says—from Charles I and Henrietta Maria, through Oliver and Elizabeth Cromwell, to Milton’s Eve.

Her current book project, Luxury and the Body Politic from Milton to Mandeville, examines the central, but contested and ambivalent, role of luxury in defining the English nation through civil war and Restoration.

“In all of these projects, my approach is interdisciplinary and I look at the intersections of literature, politics, religion, and visual culture,” she says.

Knoppers says she is excited to continue these projects in the College of Arts and Letters.

In fall 2014, Knoppers will be teaching an upper-level English majors course on Revenge Tragedy: Shakespeare and his Contemporaries and a literature University Seminar on Frankenstein and Friends: The Monstrous in Literature and Film.

Assistant Professor Da’s broad expertise in 19th-century American literature is complemented by her “original and exciting research on literary exchanges between China and the United States,” says Sayers.

Da, who begins in fall 2014, specializes in transnationalism and theories of the sociology of literature—interests, she says, “that have long been motivated by the question of why thinking about foreign literature might make certain socio-political realities and futures seem more or less plausible than others.

“Nineteenth-century American literature allows me to theorize this problem as it offers structures of imagination that resolve domestic political impasse and historical uncertainty in the utopian uses of literature elsewhere.”

Her current book project, Intransitive Transnationalisms: China, America and the Uses of Literature, examines the extent to which Chinese and American writers of the 19th century thought about each other’s literature and literary systems “in order to think through political contingency, and yet in such a way as to remain minimally invested in inter-pollination.”

Articulating the uses of literature in transnational settings is a difficult enterprise, Da acknowledges, but she believes today’s students are well equipped to pursue this line of inquiry.

This coming fall, Da will teach a course called Elsewheres: 19th Century American Literature that explores displacement and the crisis of reading. “Better than any previous generation, our students know what it feels like to read a book published in London written by a Japanese author raised in Brazil. … So in my courses, I simply wish to get students into the habits of mind that will allow them to intellectualize what they already do or know to be true.” 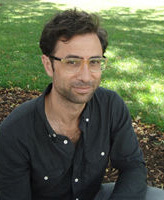 Assistant Professor Costantino “is the new face of scholarship in 20th-century American literature,” Sayres says. “He brings expertise in visual culture and an emphasis on race, ethnicity, gender, and class as crucial elements for understanding American literature. His research on representations of male violence is dynamic and engaging.”

He specializes in aesthetics, philosophies of violence, and theories of race and class in 20th-century American fiction and film.

“I have always been fascinated by ideas, people and objects that others might consider ‘unrepresentable,’” Costantino says. “The act of putting something down on a piece of paper, a screen, or a canvas is incredibly powerful. It summons things into a new existence and gives the world a new kind of reality. There is enormous power, in how we represent race and class, especially in American culture where both inform so much of our shared history and daily experience.”

Costantino is currently completing a book on boxing in American fiction and film titled Fighting Form: Race, Ethnicity, and Boxing in American Modernism, 1880-1950. “In it, I claim that boxing is a visual and rhetorical conceit among the American modernists that integrates ideas about race, violence, and aesthetic form,” he says.

He is also working toward a follow-up project titled Under the Sign of Disaster Triumphant that analyzes the ways that class and racial conflict are encoded in depictions of urban ruin and natural disasters. And he recently completed an essay investigating the interrelationship between fashion photography and Civil Rights photography in the work of Gordon Parks.

Upon arriving at Notre Dame, Costantino says he was “blown away” by its intellectual investment in large-scale institutes and initiatives that foster cross-disciplinary thinking, including the work of the Institute for Latino Studies and the Kroc Institute for International Peace Studies. He also cites “the one-of-a-kind collection” of sports literature and archival material in the university’s Rare Books and Special Collections.

Costantino is teaching a course that draws connections between modernist literatures of the U.S. and Latin America, which has led him to “rethink the boundaries of what constitutes ‘American’ modernism.

“My students regularly push me and each other into untested waters,” he says. “I have already begun to reconsider some of my own long-standing assumptions about the field, which is bound to influence my research. I never fail to be surprised at the new ways my students approach materials I have long since taken for granted.” 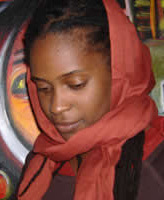 Assistant Professor Imma helps underscore the department’s renewed commitment to transnationalism, says Sayers. “We are especially excited by her lively and original scholarship on the role gender plays in African literature and film, and by her broad and deep knowledge across genres and cultures.”

With a focus on postcolonial literature and film from Africa and the African Diaspora, Imma uses critical race feminist theorizing and postcolonial queer studies analysis to explore questions of representation, gender, sexuality, space, power, and aesthetics.

“Our growing, dynamic, and increasingly diverse department is one of the central reasons why I have been so energized by the community here,” Imma says. “Beyond the Department of English, I have found support for my research and teaching in the Departments of Africana Studies and Film, Television, and Theatre, and in the Gender Studies Program. These interdisciplinary ties have been crucial to broadening my intellectual and pedagogical horizons.”

Imma is working on two book projects: Love Stories From Africa and Queering Masculinities in African Contexts. She is also writing an essay that grapples with “the paradoxical politics of sexual agency and exploitation” in the context of the migration narratives written by the acclaimed Nigerian author Chimamanda Ngozi Adichie.

This fall she will teach two courses: African Women Write the Postcolonial and South African Fictions.

“I have been captivated the ripe intersections between social change and cultural production in South Africa for many years,” she says. “As we celebrate and contemplate 20 years of democracy in South Africa, since the demise of apartheid, it is so important to look at what contemporary fiction tells us about the struggle for, and challenges to, full inclusion in that democratizing project. I’m excited to engage students in what is a global dialogue about South Africa.”