The University of Notre Dame’s Department of English has strengthened its expertise across the historical spectrum and the globe with five faculty appointments that span medieval literature, Modernism, and digital media.

“As a scholar of comparative literature and a novelist, Barry McCrea extends our strong coverage of modernism across languages and into the 21st century,” says Professor Valerie Sayers, chair of the Department of English. “Medievalists Tim Machan and Chris Abram bolster our traditionally rich offerings in medieval literature and extend our reach into the languages of the North Sea. And African-Americanist Kinohi Nishikawa and novelist Azareen Van der Vliet Oloomi bring us rich interests in print and digital media and translation and philosophy, respectively.

“All five appointments speak to a departmental vision integrating the creative and the scholarly and stressing trans-disciplinary and transnational approaches.” 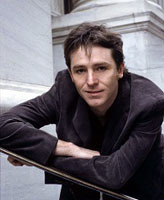 “What ties my different interests together is the question of how the individual imagination grapples with the public, communal realities of society and culture,” McCrea says. “I am interested in literature as a place in which the difficult negotiations between the inner, private world of the individual mind and the exterior landscape of the shared, ‘real’ world are played out.”

McCrea’s first scholarly book, In the Company of Strangers, examines how a reimagination of the nature of family and kinship, of how lives could be narrated as meaningful or productive, lay behind the new forms of narrative structure invented by writers in the early twentieth century.

In a forthcoming book, Minor Languages and the Modern Literary Imagination, he looks at “how the sudden decline in the use of minor languages and dialects in rural Europe was an invisible but key catalyst in inspiring writers to search for new forms of literary language and expression.”

His next book, The Future of the Novel from Horseback to Facebook, is also concerned with the relationship between forms of narrative, community, and social life. “The semi-permanent electronic connectedness of our time poses a serious structural problem for the novel—not because readers’ attention spans are too short but because the construction of plot, the rhythm of narrative, and the elaboration of character rely, structurally, on precisely what our technologies attempt to eliminate, namely delay and distance.

“This challenge to the novel is also implicitly a challenge to some of the things that make life itself interesting, rich, exciting, and narratable. My book looks at novels from past historical moments to find ways in which these problems are anticipated or appear in different guises.”

McCrea will divide his time between Europe and the United States, teaching spring semesters on campus in South Bend, Ind., and fall semesters at the new Notre Dame Center in Rome and at O’Connell House, the Keough-Naughton Notre Dame Centre in Dublin. 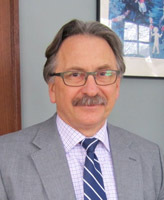 Professor Machan will arrive at Notre Dame in August, about the same time his new book, What is English? And Why Should We Care, is released. The book surveys “the difficulties in trying to write a definition of the language as well as the social and personal consequences that rest on any one definition,” he says.

In his previous book, Language Anxiety: Conflict and Change in the History of English, Machan explored his interest in social anxieties associated with change and variation in the history of English.

“I consider language use a part of larger social objectives,” says Machan, who comes to Notre Dame from Marquette University. “This use means not only language in a general sense, such as English or Spanish, but also kinds of language, such as slang or literary language.

“Literature is, in fact, a way to instill linguistic values, as in Adventures of Huckleberry Finn. There, the narrator is poorly educated and lower-class, and his ungrammatical language suggests as much to any reader familiar with Standard English. At the same time, Huck is also the most moral character in the novel, so ultimately the book challenges the equation of linguistic sophistication with personal integrity.”

Machan will teach an undergraduate course on the writings of J.R.R. Tolkien and a graduate seminar called Imagining Medieval English that takes its title from his next book—“a collection of essays by scholars who explore what might be called the metaphysics of medieval English: the language’s structural traits but also the sociolinguistic and theoretical expectations that frame them and make them real, whether today or in the past.” 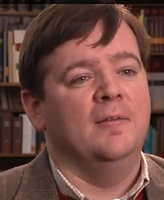 Associate Professor Abram specializes in Anglo-Saxon and Old Norse literature and culture. His work often deals with northern Europe’s transition from paganism to Christianity and its impact on literary production.

“Like a lot of medievalists, I’m interested in how things started,” Abram says. “A really important part of that is how people became Christian … and what sort of people they were before. It’s a real challenge because pagan people were to a large extent illiterate, but if we can build a picture of what pagan culture was like, this enables us to see the whole of medieval history as an evolutionary process.”

Abram’s research is also focused on the subject of myth. His first book, Myths of the Pagan North: the Gods of the Norsemen is an innovative history of Norse mythology that treats the myths as temporally contingent textual artifacts that are bound up with contemporary, and changing, religious and political concerns.

At Notre Dame, he is planning to develop a course that explores the “types of work” myth does in society and how it relates to religion, literature, and media.

“It’s important to recognize that myth is still happening today—for example, advertising uses myth to sell us things,” he says. “It can be enlightening for students to see how this has been going on since at least the Greek and Roman period, probably earlier. And so we will try to take a long view of how myth has worked its magic in human culture.” 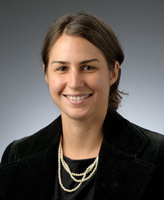 “I don’t go into a book knowing what is going to happen or what shape the narrative is going to take,” she says. “I usually have an intention, a sensation about a constellation of thoughts or feelings I want to work through, and then I give shape to the work organically.

“I apply that same line of reasoning to the classroom: I can’t predict what the students are going to be grappling with or how their own thought structures may change as a result of reading or responding to a text in writing. I am more interested in their development as thinkers than in them coming out of the course with a writing product. Of course, if that also happens, I’m thrilled.”

Van der Vliet Oloomi is teaching two undergraduate classes this semester— including Walking, Thinking, Writing—which will look through different mediums “at how walking can lead to thinking and how writing can be about movement and thought/philosophy, rather than about plot/event/character/setting.” 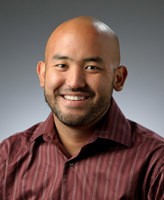 “My study of texts is rooted in unearthing and then understanding the material forms by which modern black literature has been produced,” he says. “For example, I’m interested in Richard Wright’s Native Son not only as an incredibly powerful narrative that exposes the conditions of Jim Crow modernity but also as a specific product (in its first edition) of the Book-of-the-Month Club, whose middlebrow taste orientation would seem at odds with such loud protest.

“The kind of work I do would try to grapple with how Wright’s novel might have been shaped by and then taken up as an example of the BOMC’s famed appeal to the ‘general reader.’”

Nishikawa recently wrote two essays on early African American graphic narratives, and will deliver a paper on the visual art of Kehinde Wiley at two conferences in April. He won the Dean’s Award for Excellence in Teaching at Duke University, where he completed his dissertation on “Reading the Street: Iceberg Slim, Donald Goines, and the Rise of Black Pulp Fiction.”

His current book-length project aims to bring together his recent work in visual media with his longstanding interest in African American print culture. “I hope to compose a 20th century African American literary history whose primary object of analysis would be book design, a fascinating yet little-studied aesthetic practice in the literary marketplace.”