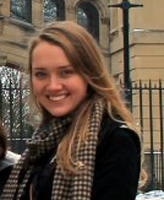 If you’re an early riser—4 a.m. or so—chances are good that you could find the dedicated staff of The Observer, Notre Dame’s student newspaper, still hard at work on the day’s paper.

When those long nights turn into early mornings, Meghan Thomassen, an honors English major in the College of Arts and Letters and the newspaper’s managing editor, calls upon her experiences studying Japanese, cognitive psychology, and Mozart to get her through—and not just coffee, as you might expect.

“Having an Arts and Letters background means I approach journalism with something bigger in mind,” Thomassen says. “While crafting a well-written story is part of the trade, I usually wind up thinking about the bigger picture. What does this story mean for the rest of campus? How does this article fit into the grand scheme of Notre Dame history? How can our articles lead to changes at Notre Dame?”

In her position as managing editor, Thomassen is responsible for helping to guide “all aspects of the paper: news, advertising, web, editorial, sports,” and more.

“In order to be a good editor, I not only have to write and edit well, but I also have to help others improve their modes of expression. I need to make sure the subjects of our stories are represented correctly and that the readers understand what’s really going on,” she says.

Fortunately, as an Arts and Letters major, Thomassen has been exposed to many different fields, through her English major, her minors in philosophy and journalism, as well as a wide array of electives. Drawing on this varied background, she brings both curiosity and an interdisciplinary perspective to her work at The Observer.

“Arts and Letters challenges you to think more deeply, rewards you with the skills and confidence to try new things, and reveals the most about yourself and how you relate to the truths of the world around you,” she says.

“There’s a lot going on at Notre Dame, but that’s part of The Observer’s mission, ‘To uncover the truth and report it accurately.’” 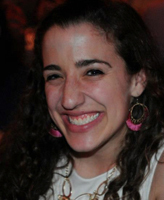 Thomassen is not the only Observer editor reaping the benefits of an Arts and Letters education. Junior Nicole Michels, an English and political science major and one of three assistant managing editors, says her majors helped her to improve her writing, editing, and analytical skills.

As part of her reporting duties, Michels applied her political science background to contribute to The Observer’s coverage of the 2012 elections. She said she considers her interview with former Indiana State Treasurer and 2012 Republican candidate for the Indiana Senate seat Richard Mourdock, and her articles featuring professor commentary on the presidential debates to be highlights of her work during election season.

But the relationship between Arts and Letters and journalism is not a one-way street. Michels says she finds herself incorporating what she learns through her work at The Observer in her classes and daily campus life.

“Writing for news in particular really allowed me to get this glimpse of life at Notre Dame that I would’ve never gotten otherwise. You see this incredible cross-section of what’s happening here,” she says. “In class discussions, I find it kind of hard to take a really hardline stance either way, because I’ve talked to people who understand the other side of an issue.”

Michels says those considering a degree in Arts and Letters should consider not just what but also how they want to study.

“Arts and Letters will allow you to study your specific interest but also makes sure you get a broad picture and develop your skills,” she says. “You can go in a lot of different directions, and I think that’s the beauty of it.”

Thomassen agrees. “It’s important to know about where we came from, how we interact, how we change, why we change, where we are going. Subjects like history, English, anthropology, psychology, German, philosophy, and music all help us explore those questions.

“My advice would be to pick your major according to the classes you want to take. Dabble and connect your coursework, because, in the end, interdisciplinary study provides the most challenges, rewards, and revelations.”