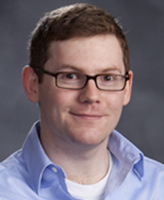 Notre Dame’s Department of Economics is at the forefront of several initiatives that exemplify the University’s commitment to innovative research that can make a difference in the developing world.

Imagine bargaining every week with a garbage truck operator to pick up your trash. That’s how assistant professor Terence Johnson describes the reality in Burkina Faso and Ghana, where citizens need pits holding human waste in their homes to be regularly emptied.

“Unfortunately, the markets for this service don’t work very well—households are at the mercy of the firms, similar to going to the emergency room for care rather than arranging procedures in advance,” says Johnson, who is teaming with Molly Lipscomb of the University of Virginia to look at ways the market could function more efficiently.

“The health consequences are potentially huge,” Johnson says. “In Burkina Faso, poor households will pay people to empty the pits manually—literally jumping into them and shoveling them out—rather than hiring a truck to do it mechanically. In Ghana, there can be delays while households wait to find a reasonable price, leading to poor sanitation conditions.

“If the markets functioned more efficiently, both sides could gain, and fewer people would suffer from related diseases, ranging from diarrhea to hepatitis.”

The studies, funded by Water and Sanitation for Africa, will test how governments might move the markets toward “something like publicly funded trash pick-up or a medical market with well-functioning insurance,” Johnson says.

“The methodology we’re developing can be applied elsewhere in the developing world,” Johnson says. “Our approach is to combine ‘market design’ with ‘randomized control trials,’ which are two of the cutting edge tools in economics. The idea is to design markets that will put firms in more direct competition for customers, and randomly assign those designs to different neighborhoods. Then, we can compare overall performance to a control group, to identify the effect of better institutions.

“We’re using a more clinical approach to economics: Diagnose what’s wrong with the market, identify some promising treatments, and then rigorously test how well those treatments do when compared with a control group.”

It is the kind of research that embodies Notre Dame’s commitment to social justice, and the Department of Economics’ goal to positively impact social policy, according to department chair Richard Jensen, Gilbert F. Schaefer Professor of Economics.

“Wherever social problems arise, at home or abroad, the crafting of effective social policies is essential to the betterment of humankind,” Jensen says. “Modern, mainstream economists not only care about social justice, but also understand that the best way to formulate social policy is to use state-of-the-art methods to determine which policies actually are effective in achieving their objectives.” 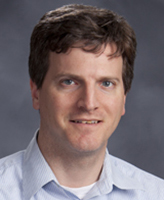 Earlier this year, five of the world’s leading development economists visited the University as part of the department’s ongoing effort to share the best work being done in the field with faculty and students.

Sponsored by the Kellogg Institute for International Studies, the “New Frontiers in Economic Development” series was a great success, according to Joseph Kaboski, David F. and Erin M. Seng Foundation Professor and a Kellogg Institute faculty fellow.

“It is great to see lots of new research projects in the area of development economics,” says Kaboski, who won the 2012 Frisch Medal for a paper evaluating the impact of microfinance, widely used as a tool to fight poverty in developing countries.

His current research projects in development economics include a National Institutes of Health-funded study in Uganda that will explore the poor’s motives for saving.

“All these studies are trying to take what is best from economic theory and empirical methods, and apply them to answering real-world problems, and hopefully we learn things that can be applied to other settings and countries,” Kaboski says.

“We hope to be able to continue to expand these efforts in the future."