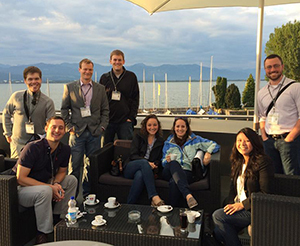 Situated on the shores of beautiful Lake Constance in Germany, the Lindau Nobel Laureate meetings are a unique opportunity for young scholars to engage in dialogue with Nobel Prize winners in their field.

Robert Lester and Kevin Rinz, two Notre Dame Ph.D. candidates in economics, were among the 460 graduate students from more than 80 countries selected to attend the Lindau Meeting on Economic Sciences in August. The four-day conference included numerous discussions, lectures, and master classes with 18 Nobel laureates in economics.

The Lindau meetings, established in 1951, serve to foster the exchange of expertise and experiences, to inspire and motivate, and to facilitate networking. 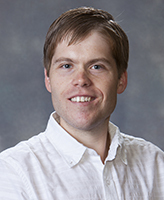 Lester, whose research focuses on financial and labor economics, said he was grateful for this “rare, high-profile opportunity.” During the trip, he said he found himself star-struck in the presence of such eminent scholars.

“In my application, I wrote that one reason I wanted to attend was that two of the participating laureates were Finn Kidland and Ed Prescott—scholars I have cited in my work as a macroeconomist,” he said.

“During the conference, I was able to sit with each of them on back-to-back nights and talk with them. It was so exciting to be able to ask them, ‘what was it like in 1979 when you were making this breakthrough and there was opposition to your ideas?’”

Lester said he was inspired by the laureates’ great confidence in their own work—even when it was initially controversial. The conference also helped him improve his teaching techniques and inspired him to bring cutting-edge research into the classroom, he said. 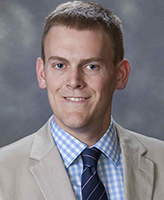 Rinz specializes in applied microeconomics, with a particular focus on labor and public economics. One of the most valuable aspects of the Lindau meeting, he said, was meeting with other graduate students from around the world.

“There was a real dialogue happening there, and I definitely got a lot out of our conversations,” Rinz said.

He said he also appreciated that the meeting provided a forum for innovative thinking on economic questions. Presentations covered a broad range of topics within the discipline, including aspects of econometrics, game theory and mechanism design theory, the neoclassical growth model, and the measurement of systemic risk in the financial system.

During the 2013-14 academic year, Rinz served as a staff economist for the Council of Economic Advisors to the President where he studied labor market conditions and long-term unemployment.

His time in Washington, D.C. and his attendance at the Lindau meeting, he said, have helped him return to campus with new perspectives and fresh ideas.

Current Director of Graduate Studies Timothy Fuerst, the William J. and Dorothy K. O’Neill Professor of Economics, said that the Lindau meeting provides an exciting chance for Notre Dame to connect to the international research landscape in economics.

He said he also views opportunities like these as key to the development of graduate students in Notre Dame’s Department of Economics.

“It is always good for graduate students to meet brilliant scholars,” Fuerst explained. “Part of it is celebrity status—There is an inspiration that comes from that. Part of it is realizing that these scholars are people, too, and that maybe they can do that someday.”