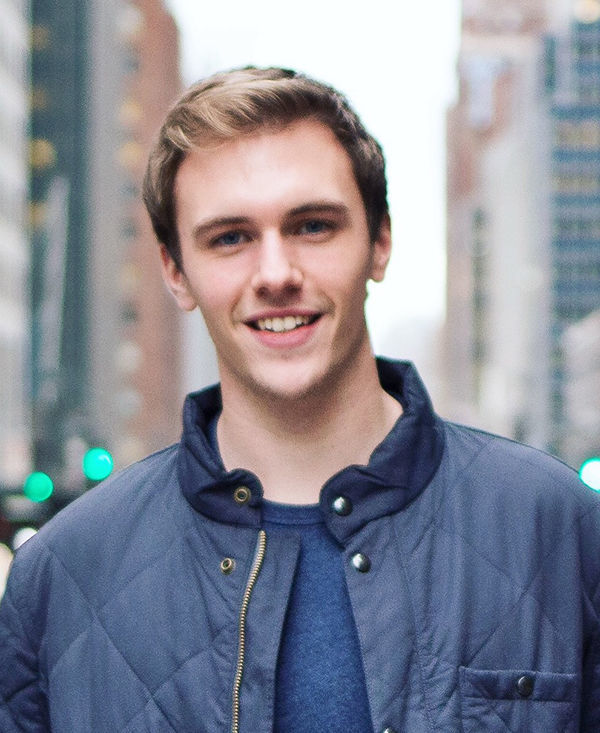 The power of economics, Greg Duffy ’15 says, is that the intangible becomes tangible.

Duffy, who majored in economics and sang in an a capella group at Notre Dame, now uses that power to help connect artists with new audiences as a research analyst at the music-streaming service Pandora.

“As music streaming grows, there’s more music discovery than ever before,” he said. “And once small artists understand who’s listening to them across the country and around the world, they can begin to build niche audiences to strategically pursue being full-time musicians.”

Duffy was hooked on economics after his first class, Macroeconomics 101 with Timothy Fuerst, the William J. and Dorothy K. O’Neill Professor of Economics.

In his major, he studied everything from the way markets can affect marriage to the institutional breakdown leading to the 2008 financial crisis.

“You realize you have all the necessary tools to answer some really complex questions that are in political debates, that policy makers deal with,” Duffy said. “There are empirical answers to a lot of issues, given the right tools.”

“If you want to better understand the world around you, economics is a great major,” said Duffy, who also completed a supplementary major in Spanish. “You can tailor it to almost any interest you have. From a statistical and data perspective, economics has almost endless applications.”

"If you want to better understand the world around you, economics is a great major. You can tailor it to almost any interest you have. From a statistical and data perspective, economics has almost endless applications.”

For Duffy, the application that interested him most was the music industry.

As he approached graduation, he began contacting Notre Dame alumni connected to that world—including Molly Bruno ’10, who worked at Pandora.

Through Bruno, Duffy got an interview, and then landed a job as a client services coordinator.

Pandora users create their own “radio stations” with artists they already know and love, and the company feeds them similar music based on a complex algorithm that breaks every song down to its component parts—often creating hundreds of data points within three minutes of play.

“We know we can reach, for example, 20 million millennial women through specific channels,” he said. “Sales will want to give that value proposition to advertisers.”

Artists, on the other hand, are less interested in where the most people are and more in who listens specifically to them.

“If they’re planning a tour and they have time for one more stop,” Duffy said, “we can tell them they have more listeners in Portland than Seattle and the top 10 songs they listen to.”

The data helps create the best possible concert experience for attendees and helps build audience rapport that will fuel the artists’ success.

These conversations with small artists—who lack major advertising campaigns and big-name consultants—are what excite Duffy most about his career.

“We all have friends who love music or are musicians in their spare time,” he said. “And we can give value to these artists beyond what we pay them. We give them the numbers that inform their strategy.”