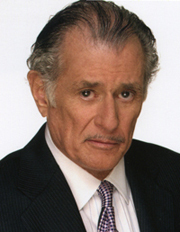 Writer and commentator Frank Deford will deliver the 2010 Red Smith Lecture in Journalism on Wednesday, April 14, 2010, at the University of Notre Dame. “Sportswriter is One Word” is the title of Deford’s lecture, which will begin at 7:30 p.m. in the Carey Auditorium of the Hesburgh Library. Hosted by the John W. Gallivan Program in Journalism, Ethics and Democracy, the lecture is free and open to the public.

Deford is senior contributing writer at Sports Illustrated, where his work has appeared since 1962. The March 29 issue of the magazine features his article, “Sometimes the Bear Eats You: Confessions of a Sportswriter.” He also is a weekly commentator on National Public Radio’s Morning Edition and senior correspondent on the HBO program Real Sports.

The author of 16 books, Deford is a member of the Hall of Fame of the National Association of Sportscasters and Sportswriters and a six-time winner of Sportswriter of the Year honors in voting by his peers. Called “the world’s greatest sportswriter” by GQ magazine, he has received several honorary degrees, an Emmy, a George Foster Peabody Award, and many other distinctions.

A graduate of Princeton University, Deford has taught American studies at his alma mater.

The Red Smith Lecture in Journalism honors sports columnist and 1927 Notre Dame alumnus Walter W. “Red” Smith, who won the Pulitzer Prize for distinguished commentary in 1976. At the time of his death in 1982, he was a columnist for The New York Times. During a career in journalism that spanned over a half-century, Smith became a prose stylist worth enduring attention. In 1983, Notre Dame inaugurated the Red Smith Lecture in Journalism to honor Smith and his literary achievement. The Smith Lectureship features visits to campus by prominent journalists and authors who discuss the craft of writing and the state of American journalism.

Deford’s lecture will be published and distributed to journalists, educators, and students later this year.