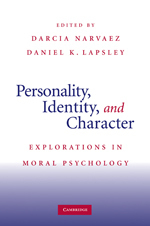 Notre Dame psychologists Darcia Narvaez and Daniel Lapsley have won a 2011 Outstanding Book Award for their edited work on the moral dimensions of selfhood and personality.

The award, from the American Educational Research Association’s Moral Development and Education Special Interest Group, is given annually to one book published during the previous three years. Winners are selected based on “research excellence and its practical application in the field of moral development and education.”

Co-edited by Narvaez and Lapsley, Personality, Identity, and Character: Explorations in Moral Psychology (Cambridge University Press, 2009), examines how notions such as self, identity, and personality intersect with moral formation. 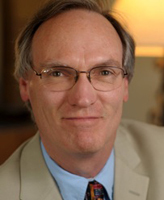 Lapsley, professor and chair in the Department of Psychology, is a specialist in adolescent development and educational and moral psychology. Narvaez, an associate professor in the department, focuses her research on moral cognition, moral development, and moral character.

“The fragmented nature of research on moral personality has been mostly a study of cognition without desires, rationality without brains, agents without contexts, selves without culture, traits without persons, persons without attachments, dispositions without development,” Lapsley says. “We wanted to change all that.”

Both scholars say combining insights from across disciplines is the key to further progress.

“We wanted to carve out space for a new field of study on the moral self that is deeply integrative across the domains of psychology, philosophy, and neuroscience,” Lapsley says, “and we asked renowned scholars from philosophy and sub-disciplines of psychology to help think it through with us.”

Lapsley called the award a pleasant surprise. “It is gratifying to learn that there is an appreciative audience for the book,” he says. “I am very proud of it—but the book is nothing without the superb contributions of these leading scholars, and so the honor is a deeply shared one.”

In addition to the 2011 prize, Lapsley and Narvaez won the Outstanding Book Award in 2007 for their edited work Moral Development, Self, and Identity (Psychology Press, 2004). In 2009, Narvaez received the Outstanding Book Award for Handbook of Moral and Character Education (Routledge, Taylor and Francis Group, 2008), which she co-edited with Larry P. Nucci from the University of California, Berkeley.

In his current research, Lapsley says he is exploring the use of Q-sort methods—the study of subjectivity and how people think about a topic—to capture the notion of moral identity.

Narvaez is examining the neurobiological roots of morality to attempt to explain the differences between individuals and their moral functioning.

“Early-life experience shapes the functioning of basic body and brain systems, influencing brain systems underlying morality,” she says. “With less than optimal care, people are more likely to develop a self-centered brain—easily stressed and focused on personal goals with minimal enjoyment of or sensitivity to social relationships.”

Narvaez is also working with Notre Dame anthropology Professor Agustín Fuentes to organize an October 2012 interdisciplinary symposium called Human Evolution and Human Development, which will address some of these same topics.