The University of Notre Dame’s Department of Romance Languages and Literatures offers majors in French, Italian, and Spanish, and a minor in Portuguese, but students also have access to the less widely studied languages of Creole, Quechua, and Catalan.

The ability to communicate in these languages is crucial to understanding the cultures, histories, and modern-day complexities of the societies in which they are spoken, said Thomas Anderson, department chair and professor of Spanish.

Notre Dame students who learn these languages are better able to conduct research abroad, participate in service and development work, compete in the global job market, and stand out when applying to top graduate and professional schools. 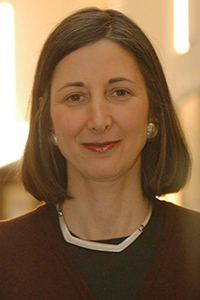 Karen Richman, director of undergraduate studies for the Institute for Latino Studies, teaches Creole language and culture classes from beginning to advanced levels. She also created an award-winning Creole course designed for students with research interests in Haiti or the Haitian diaspora, where more than 11 million speakers of Creole live.

“Our course uses an outstanding system for quickly gaining speaking competency in the language, which was developed by Dr. Albert Valdman and colleagues at Indiana University,” said Richman, a faculty fellow at the Kellogg Institute for International Studies.

Many of Richman’s students have used their Creole knowledge in research, service, teaching, and development work. For example, Bonnie Fullard ’08 is writing a doctoral dissertation at Emory University on Haitian mental health, and Heather Frost ’08 is at Tulane University writing a dissertation on Creole in the Francophone world. Brennan Bollman, the Class of 2009 valedictorian and a fourth-year medical student at Harvard, conducted public health research on behalf of the Notre Dame Haiti Program. Marlene Daut, who received her Ph.D. from Notre Dame in 2010, is an assistant professor at Claremont College and writes about Haitian literature.

More recent examples include 2014 graduate Samantha Nordland, who went to Port-au-Prince this summer to conduct research on behalf of Notre Dame’s Alliance for Catholic Education program; Ellen Hurley, who spent the summer in Haiti doing research for her senior thesis in anthropology; and junior Andrew Scruggs, an English and international economics major who went to Guadeloupe on a Kellogg Institute grant to do research for a project called “Legal Vulnerability of Haitian Immigrants in Guadeloupe.” 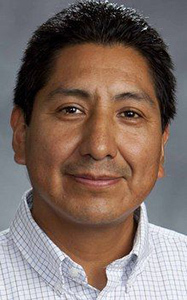 Victor Maqque, a Kellogg Institute Fellow and instructor in the Department of Romance Languages and Literatures, oversees the Quechua program at Notre Dame.

“One of the primary benefits of learning Quechua is to be able to encounter the soul of South America,” Maqque said. “While Spanish is the official language of the countries where the Quechua people live, a significant sector uses Quechua at home and in their local circles. Therefore, when discussing issues at the heart for these communities, it is most genuinely said in Quechua rather than in Spanish.”

Several students have participated in the summer Quechua immersion program in Peru, as well as research, internship, and volunteer programs in Bolivia and Chile.

The Quechua program also has a blog for students to stay in touch wherever they are. 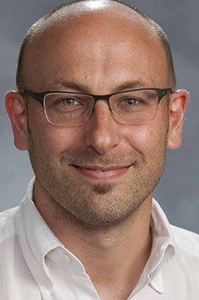 Most recently, the department began offering a course in Catalan for students seeking to enhance their knowledge of the Iberian Peninsula and the socio-cultural complexity of modern Spain and other Latin American countries. Catalan is the co-official language of Catalonia—an autonomous region of Spain—and its capital, Barcelona.

Visiting Assistant Professor Leonardo Francalanci incorporates “as much culture as possible” in his classes, which feature reading, films, music, and class discussion as well as computer-enhanced activities to facilitate learning and accommodate the busy schedules of students.

“Learning Catalan can be a great complement for those students who are interested in gaining a more complete and articulate knowledge of the Iberian Peninsula as well as for those interested in art history, architecture, literature, history, and even political science and anthropology,” Francalanci said.

“Catalan culture is very much alive: university courses are taught in Catalan. There are newspapers, magazines, and television channels in Catalan. One can see a play, watch a movie, or read a book in Catalan. Even the music scene, particularly in Barcelona, is very alive, with bands playing any kind of music in Catalan.”

The language courses can also be a great resource, he said, for undergraduates or graduate students in any field of study who need to conduct interviews or read books, letters, and other sources in Catalan.

From a job-related point of view, Francalanci said learning Catalan alongside Spanish can provide an invaluable foundation for students interested in working for one of the many international companies moving their European headquarters to Barcelona, where it is widely used.