Fall break can act as a time for restoration after a week of midterm exams. Or it can be a time to pursue learning opportunities outside the classroom.

For some Arts and Letters students, the week free of classes is the perfect chance to dive into their senior thesis research. For others, it’s a chance to travel to attend a film festival in Chicago or a museum in Washington, D.C.

“That’s why I’m in the College of Arts and Letters — I’m very interested in the humanities,” said Jahlecia Gregory, a sophomore Africana studies major who visited the National Museum of African American History and Culture during break. “This trip has inspired me to find other ways that I can learn about different subjects that aren’t exactly in my major, but that I’m still really curious about.” 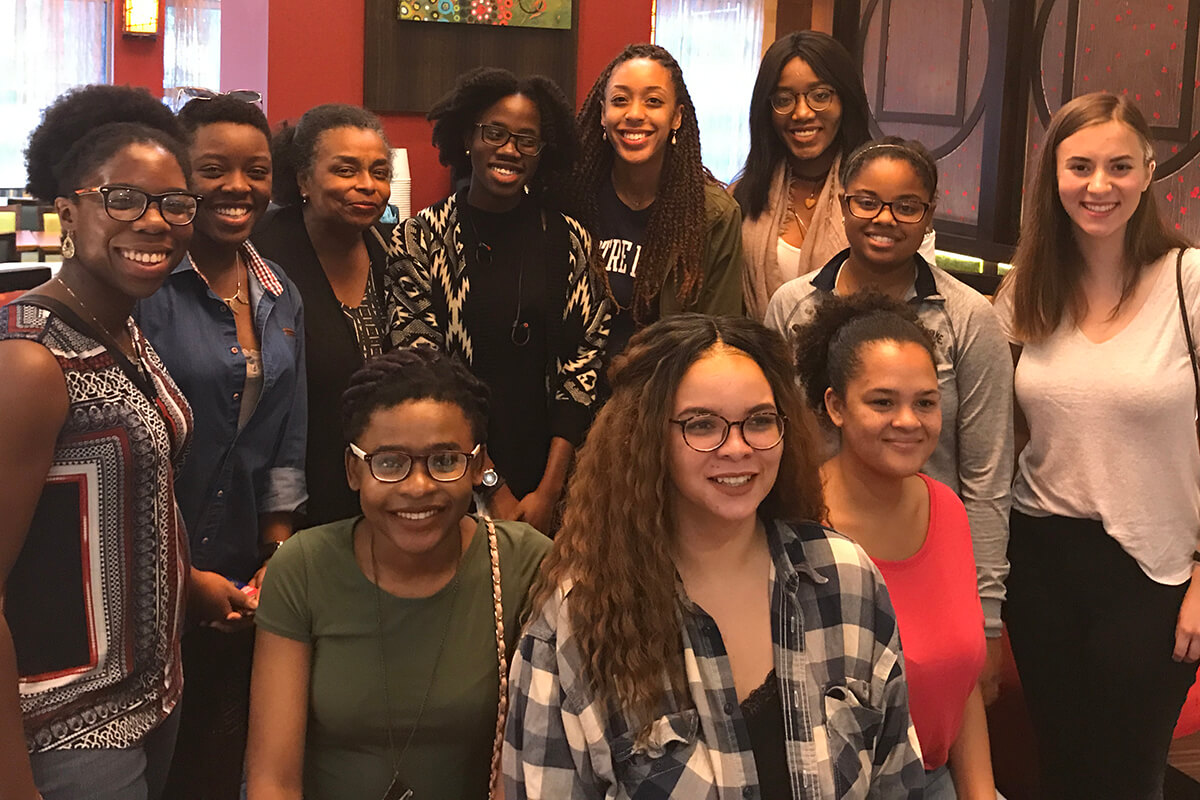 A group of faculty and students from the Department of Africana Studies traveled to the National Museum of African American History and Culture in Washington, D.C.

Gregory and a group of 10 other students and seven faculty from the Department of Africana Studies gained a rare perspective during their visit to the National Museum of African American History and Culture in Washington, D.C.

Since the Smithsonian Institution museum opened late last year, tickets are in high demand. Thanks to funding from the Welters family, who run the AnBryce Foundation, the group made the trip to the nation’s capital and got to spend two days in the museum. The group also received a private tour from a Notre Dame Law School alumna, Denise Frayne, beginning one hour before the museum was open to the public.

“I never would be able to experience the museum in this way if it weren’t for this trip,” Gregory said. “Denise guiding us through the museum was able to really connect and give more life to the pieces that were already there. This was definitely an experience that I will hold for a long time.”

The nearly 400,000-square-foot museum provides an all-encompassing account of the history of African Americans, highlighting both the hardships they have faced and the achievements they have made.

“Going to this museum and seeing the really creative and inspiring things that have come out of this struggle for freedom was just really beautiful,” Gregory said. “A lot of times we focus on the negative, but the museum has so much positive in it that it just leaves you in a very inspired state.” 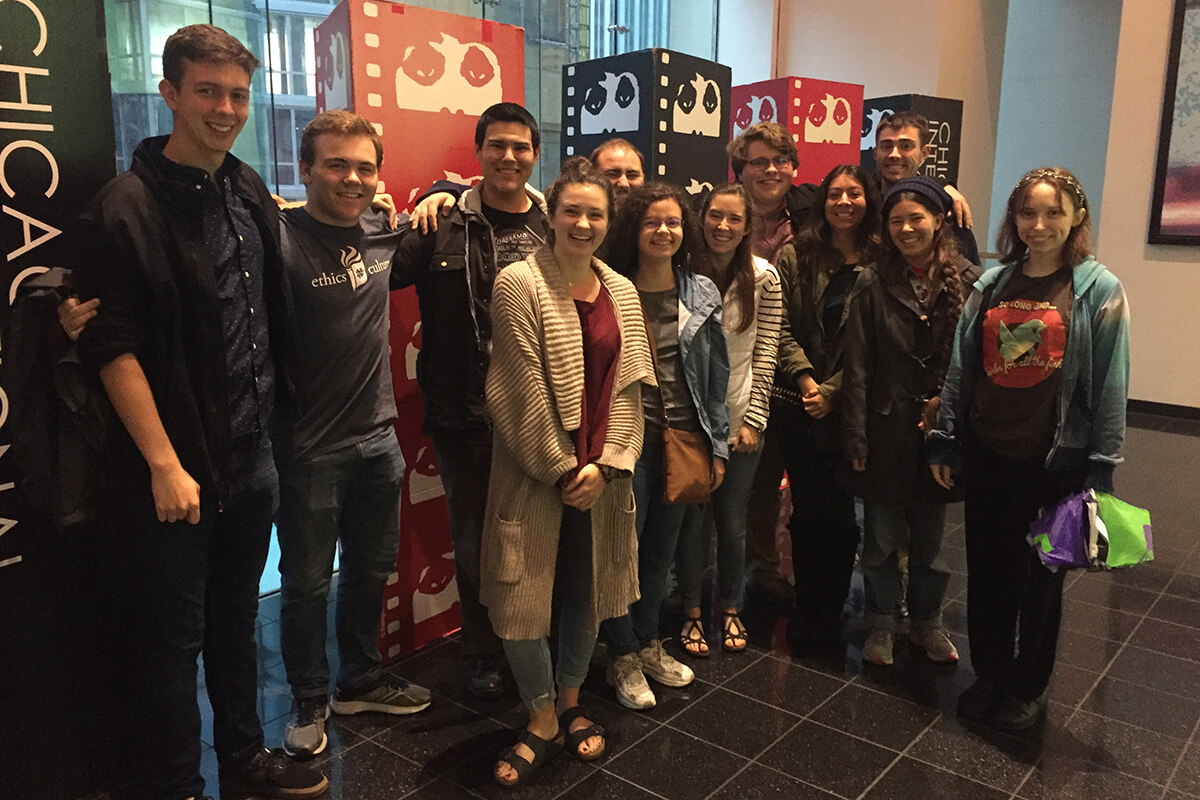 With support from a Teaching Beyond the Classroom grant, a Post-Soviet Russian Cinema class went to the Chicago International Film Festival.

Discovering the world of Russian film

Melissa Miller, director of Notre Dame’s Russian language program, brought a group of students from her Post-Soviet Russian Cinema class to attend a weekend of the Chicago International Film Festival thanks to a Teaching Beyond the Classroom grant from the College of Arts and Letters.

After studying Russian cinema in the classroom, students were able to see how the concepts applied to the Eastern European films showing at the festival.

“The important thing for me was that students had a chance to take the stuff that we have seen in our class, which is specifically Russian, and compare it with other experiences in post-communist eastern Europe,” Miller said. “The students were able to make insightful connections between what we had seen and what we had been studying in the course.”

For sophomore Jessie Saeli, a Program of Liberal Studies and Russian major and Kellogg International Scholar, the trip was also an opportunity to deepen her interest in the Russian language and culture through conversations.

“Being able to hang out with my Russian professor and a Russian Fulbright student, I was able to ask a lot of questions and practice the language in more of a casual environment,” she said. “It was a great experience.”

While Miller had the students gather in small groups to discuss and review the films after fall break, the real discussion took place during small pockets of downtime on the trip.

“There’s an incredible atmosphere when you’re attending a film festival with your classmates,” said Nicholas Taylor, a film, television, and theatre major who went on the trip. “My roommate and I had this really long discussion after we saw a Finnish comedy. We were just talking about it for hours afterwards. Having that experience was extremely beneficial.”

Buckling down at boot camp 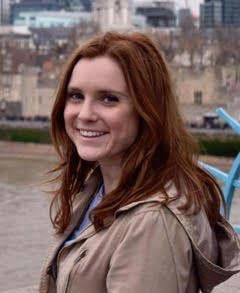 Caitlin McAuliffe, a PLS and English major, was one of several Arts and Letters students spending fall break dedicated to her senior thesis research at the Hesburgh Libraries’ Senior Thesis Boot Camp.

For five days, McAuliffe learned from librarians and Writing Center staff about the best research practices, writing habits, and resources available. McAuliffe, whose thesis covers the sublime landscape in William Wordsworth’s poem “The Prelude,” ended the week with more than 10 pages in usable writing material and five sources, advancing her thesis by nearly 25 percent.

“The librarians were really helpful. You could go to them with literally anything you wanted and they could give you at least three or four suggestions of what to do,” McAuliffe said. “Working with the Writing Center produced lots of useful writing tips on how to stay motivated, how to keep a log about your research, and how to develop good writing habits.”

Committing to being on campus and attending the boot camp each day was the best way McAuliffe could ensure she would make true progress on her thesis. Free from distraction, she found value in being surrounded by people with the same mindset.

“Everyone was there to focus on their theses, and it was nice to talk to each other about what we were working on,” McAuliffe said. “It was really strenuous and a lot of hard thinking, but I got a lot done. I would totally recommend it to other people.”