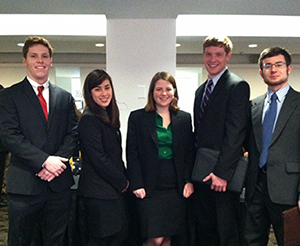 One of the best ways to explore career interests is to talk to people who are actually working in that field, whether it is public relations, design, museums, nonprofits, politics, or the sports and entertainment industries.

The Career Trek program offered by The Career Center at Notre Dame helps students gain these important insights and meet potential mentors, including many within the powerful Notre Dame alumni network. Participating students choose an industry they want to explore further and then venture to Chicago, Indianapolis, Los Angeles, or Washington, D.C. to experience it firsthand.

As part of each trek, students visit a variety of organizations within their chosen field. Guided by experts from The Career Center, they shadow professionals, develop contacts, and observe day-to-day operations in places such as Warner Brothers, Sotheby’s, FleishmanHillard, the Indianapolis Pacers, and the U.S. Department of State. Some Career Treks also provide opportunities for students to present their work and get feedback from industry professionals. 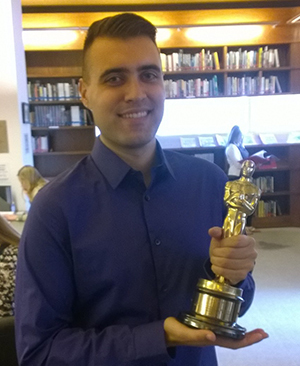 During his senior year, Blake Avery ’14 chose the spring break Career Trek to Los Angeles, sponsored by The Career Center and the Department of Film, Television, and Theatre (FTT). On the trip he visited nine organizations, including Lionsgate, 20th Century Fox, Green Hat Films (the production company behind the The Hangover movies), and motion picture advertising company Mark Woollen & Associates.

Avery, an FTT and gender studies double major, was able to visit television and film sets, pitch a film idea to a panel at the Writers Guild, explore a variety of career options, and network with successful alumni in the highly competitive industry.

Those alumni, Avery said, stressed the necessity of working well with other professionals.

“In the film industry, no matter what you’re doing—whether it’s buying Starbucks for executives or directing the next Avengers movie—do it as best you can, with a humble and respectful attitude,” Avery said.

“Every single alumnus we met agreed that the people who stuck out most to them—who got the most opportunities—were the ones who got the job done without an ego.”

For Avery, the spring break Career Trek is just one of several Career Center services he took advantage of while at Notre Dame. In summer 2013, he interned at a documentary production company in Los Angeles, supported by an Arts and Letters Summer Internship Program (ALSIP) grant.

These experiences provided him with a strong contact base that he can grow and nurture after graduation, Avery said.

“I now feel confident that I can make a successful transition to the industry in Los Angeles,” he said. 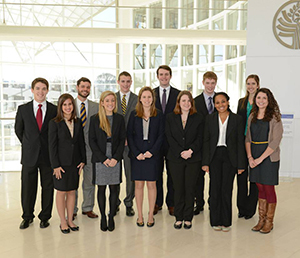 The trek, Zanotelli said, “opened my eyes to a myriad of opportunities that I may not have considered had I not attended the Career Trek.”

Zanotelli, a political science and economics double major, said it was particularly helpful to hear the alumni share their experiences obtaining entry-level positions in Washington, D.C.

“I was surprised to learn how many of the people I met got their jobs through networking and connections rather than a traditional application and interview process,” she said.

Throughout the trek, Zanotelli said her experiences confirmed her desire to pursue a position in Washington after graduation.

“Speaking with the alumni gave me a more realistic perspective on what it would be like not only to work in the D.C. area, but also to live there as a young professional,” she said.

Throughout the Windy City 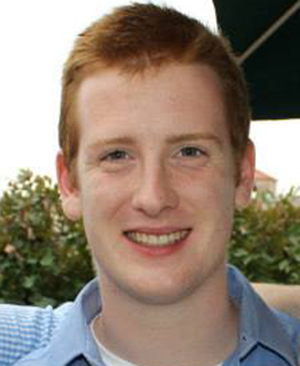 Sophomore Michael McFadden, a sociology and psychology major, chose the nonprofit Career Trek and visited three organizations—The Catholic Charities of the Archdiocese of Chicago, St. Ignatius College Prep, and Make-A-Wish Illinois. He said that experiencing different facets of these programs was invaluable.

“I spent time with individuals working in finance, marketing, development, and many other branches of the various organizations,” said McFadden. “I was able to gauge how my own skills and interests could fit into and benefit a nonprofit, and this will be instrumental in crafting an idea for my future.

“Thanks to the inside look the Career Trek offered me, I have a better understanding and appreciation of the nonprofit world.”

After hearing from executives at each organization, McFadden said he became particularly interested in the key roles that development and fundraising play in nonprofits across the country.

But the most valuable thing he learned, McFadden said, was the importance of creating and maintaining good relationships with alumni, students, and faculty.

“The Notre Dame community is a powerful and extraordinarily helpful resource that will only open doors for you,” he said. “My experience on the Career Trek has already provided me with multiple contacts, as well as interviews for summer internships.” 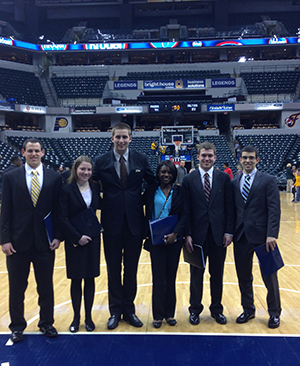 Students interested in the sports industry took advantage of a spring break Career Trek to Indianapolis, where they were exposed to three major areas of careers in sports: collegiate athletics, professional athletics, and sportswear.

At NCAA headquarters, participants spoke with a vice president and learned about internship opportunities. Students also visited the Indiana Pacers, where they looked into game-day operations, ticket sales, and front office roles. At Adidas, students explored jobs in design, marketing, and account management.

Junior Liam Madden, an information technology management major, said the experience gave him a better understanding of how to succeed in his chosen field.

“I learned that the sports industry is very competitive,” he said, “and requires a unique passion and work ethic to get entry-level jobs and to move up.”

Because of the Career Trek—along with other Career Center services—Madden said he feels confident in his post-graduation plans and the steps he needs to take to pursue a career in the sports industry.

“The Career Center has helped me to put myself in a prime position to apply for jobs,” he said.

Look for information about the 2014-15 Career Treks on The Career Center’s website. The D.C. Career Trek is typically posted on Go IRISH in October, with applications due early November. The spring Career Treks are posted on Go IRISH in December, and applications are due in early February. Want to do something for your career exploration before next year? Ask the Career Center about job shadowing opportunities with Notre Dame alumni.