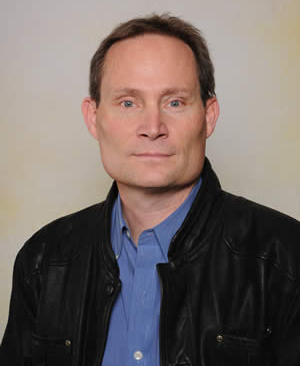 In just one year, the inaugural cohort in Notre Dame’s Department of Anthropology doctoral program has already made a strong impression at academic conferences and research locations around the world.

But their biggest impact was on campus.

“The addition of graduate students has really enriched our intellectual community,” said Agustín Fuentes, professor and chair of the department. “Due to their ubiquitous presence, the level and content of the everyday discussions and debates—in the halls, the lounge, and even in the mailroom—has gone up by more than a few notches.

“The faculty and undergraduates are going to benefit immensely from the addition of such a stellar group of colleagues.”

Under the leadership of Professor Ian Kuijt, director of graduate studies, the seven first-year Ph.D. students encountered a curriculum focused on integrative anthropology—studying approaches and methods across a range of subfields.

The response to that creative approach has been extremely encouraging, Kuijt said. Pools of more than 85 applicants each sought spots in the program’s first and second cohorts, and nearly half of them already had either a master’s degree or significant field experience.

Integrative anthropology is a niche that has largely been ignored in other graduate programs, he said, but one that clearly has significant appeal to emerging intellectuals.

“We’re thinking about the different aspects of what anthropologists do that can be brought together,” Kuijt said. “Not just in a small little subfield, but how we can connect them, drawing on the expertise of different researchers in the program to deal with major issues.”

For Angela Lederach ’07, who is seeking a dual Ph.D. in peace studies and anthropology, that exposure to new areas—such as archaeology or linguistic anthropology—was a valuable experience.

“It’s exciting to be able to expand your horizons of what is possible and expand the toolbox of the lenses you’re able to employ and the kinds of questions you’re encouraged to ask and explore,” she said. “It opens up a lot of opportunities and collaborations.”

Lederach, who majored in anthropology and peace studies as an undergraduate at Notre Dame, is the co-author of the 2010 book When Blood and Bones Cry Out: Journeys Through the Soundscape of Healing and Reconciliation;. She is currently researching a community on the northern coast of Colombia that was displaced by war and is now in the process of returning home.

With six more Ph.D. students arriving in the fall, the department’s robust community of learners is quickly growing.

“The department has been able to create a space where graduate students are treated as scholars,” said Lederach, a Notre Dame Presidential Fellow. “That’s a really important part of our learning and professionalization, but it also allows us to contribute to the intellectual life of the department. That’s really exciting.”

The integrative approach of the program goes beyond exposing students to new areas of anthropology, student Jeffrey Peterson said. The faculty members take great care to weave unifying factors into every course.

“No matter what subfield of anthropology you’re studying, you still have these interlocking, interrelated themes that emerged,” he said. “That showed they were really serious about this program and wanted it to make an impact on us.”

Peterson, a Notre Dame Presidential Fellow and Irwin Press Fellow studying nonhuman primate cognition and social behavior, was first author on an article, “Macaques and the Ritual Production of Sacredness among Balinese Transmigrants in South Sulawesi, Indonesia,” in the January 2015 issue of American Anthropologist.

Notre Dame’s anthropology faculty, Peterson said, have been very supportive of graduate students’ efforts to publish and present their research, even work done during their time in master’s or undergraduate programs. That type of experience is essential, he said.

“You get involved in the professionalization aspect of academia and start to build connections,” he said. “That is a great thing.”

The incoming students are also very impressive, he said, and chose Notre Dame over several other elite institutions.

The program has proved attractive, Kuijt said, because it offers an individualized approach to research and personal development that young intellectuals can’t find anywhere else.

“When a student comes here, we help them shape what they want to do,” he said. “They are not handed a list of 10 Ph.D. questions to choose from. That’s unusual. They have a self-generated topic that they take ownership for.”