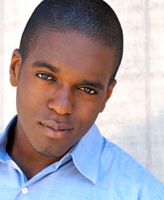 Jason Laws is a man who writes his own story. When the job he wanted didn’t exist, he created it.

Since receiving his political science degree from the University of Notre Dame in 2007, Laws has built a successful career in Chicago as a commercial choreographer, creative director and producer. He’s also carved a niche for himself creating flash mobs—a concept that wasn’t even invented until 2003.

Laws says his mother, Blanche Laws, instilled in him an insatiable taste for life and taught him to believe all things are possible through God. This faith, he says, when combined with a strong, liberal arts education, have enabled him to forge his own path in the rapidly evolving entertainment industry.

“At Notre Dame, we were taught in our courses that we could choose to be a person who accepts exactly what’s presented to us in life,” he says, “or we could try to see things from a different perspective.”

When Laws started college, he went into pre-med, thinking his whole life was already planned.

“In high school, I had a complete answer: I thought I was going to go to med school, concentrate in cardiology, get an M.B.A., open up a medical facility, and be a cardiac surgeon.”

Once at Notre Dame, he began to think more about not just what he was expected to do but also where his true passions lay. “The biggest struggle I had then,” he says, “was not knowing what I wanted to do.”

What Laws does know for sure, he says, is that the analytical, writing, public speaking, and leadership skills he honed as an undergraduate serve him well as a creative professional and an entrepreneur.

When he was just a senior, for example, he was asked to speak at first-year orientation—and it turned out to be the first of many times Laws literally talked himself into a job. The CEO of Sara Lee had been in the audience and was so impressed that she offered him a position after graduation to develop the company’s community investment and volunteer programs.

Laws says he enjoyed the challenge of his first job, promoting service and social justice, searching for solutions to community issues, and developing initiatives. But after two years at Sara Lee, he wanted to explore new ground.

Laws says one of his true passions in life is dance, something he discovered while visiting Los Angeles as an undergraduate. “I was cast as a lead character on an MTV show,” he recalls, “and to celebrate I took friends out to a dance industry showcase called Carnival: The Choreographer’s Ball.” During the show, and even after returning to school, Laws says he could barely stand still.

“I was going into dance studios, locking the doors, turning on music, blasting it loud, and dancing,” he says.

So after his first job in the corporate world, Laws decided to jump into Chicago’s entertainment industry with both feet. To start, he took a position at a local nightclub as a bartender—but within weeks he earned a promotion to entertainment director.

By organizing successful shows and events—including one that brought together Jay-Z and LeBron James—Laws says he began to develop a reputation for “blending business with artistry.”

“My mission is to support the vision of my clients, inject my passion for creativity, and reach beyond just achieving their business objectives,” says Laws, who has worked with Warner Brothers, UPS, Oprah Winfrey’s HARPO Productions, MTV, VH1, and Diesel Jeans since striking out on his own.

Recent projects include choreographing the Foxy Shazam “Oh Lord” video, which Entertainment Weekly named among its top 10 music videos for spring 2010, and producing and choreographing flash mobs to promote Sears, VitaminWater, and this summer’s Make Your Mark, Get Chicago Reading campaign for the Chicago Tribune. Laws’ choreography was also on display during the August 2011 Lollapalooza music festival in Chicago.

“I’ve always been willing to accept the challenge of creating something that doesn’t exist yet,” he says. “That is totally Notre Dame.”